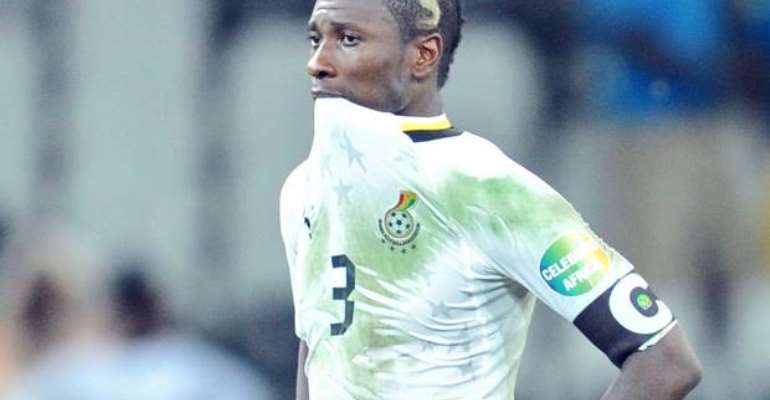 Ghana striker, Asamoah Gyan has said not being to win Africa Cup of Nations (Afcon) with the Black Stars hurts him.

Gyan has been a kingpin for the national team since making his debut in 2003.

With his career gradually coming to an end, the 34-year-old says failing to win Africa's prestigious tournament is something that still hurt him.

“One thing I still regret as a player is not being able to win the Afcon with Black Stars,” he told Adom TV.

“It is something every player will like to win but I think I have been unfortunate as a player and captain because it was my dream to at least lead the country to win it.

“We came close twice but we couldn’t win it. I still regret it,” an emotional Mr Gyan added.

Gyan was part of Ghana's squad that played in the 2010 and 2015 finals in Angola and Equatorial Guinea.

Ghana have won the Afcon four times.
However, Gyan became the top African goalscorer in World Cup finals history by scoring the Black Stars' goal as they were defeated 2–1 by Portugal in the 2014 World Cup in Germany.