I Had My Best Season With Brescia - Stephen Appiah 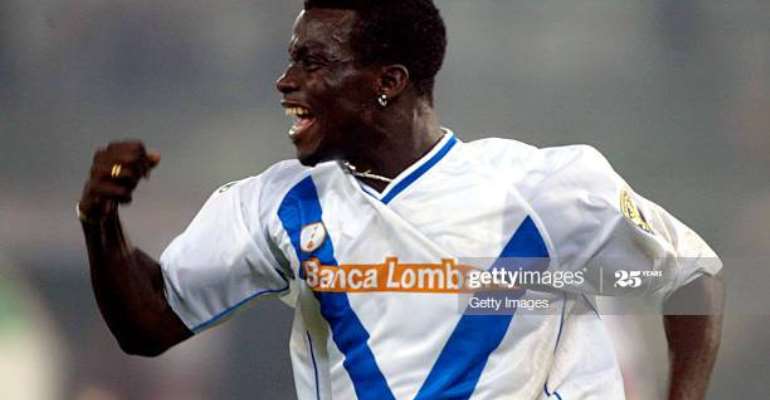 Former captain of the Black Stars, Stephen Appiah says he had his best season with Italian side Brescia in the 2002/03 season.

Appiah was loaned out to the club and produced exceptional performances during his time there.

He earned a huge move to Juventus after that campaign.

When asked about his best season in his glittering career in an interview with Joy Sports, he quickly mentioned that of his brief time with Brescia.

"Brescia was the best season in my career because Brescia was a small team and when I joined them we placed sixth in the league. Nobody expected us to do so well.

"I had the chance to play with Baggio and Guardiola," added Appiah.

In that season, he scored 8 goals in 32 appearances for Brescia. He also had spells with Juventus, Fernerbache, Udinese and Parma before hanging up his boots.

He was part of the technical team of former Black Stars coach James Kwesi Appiah.