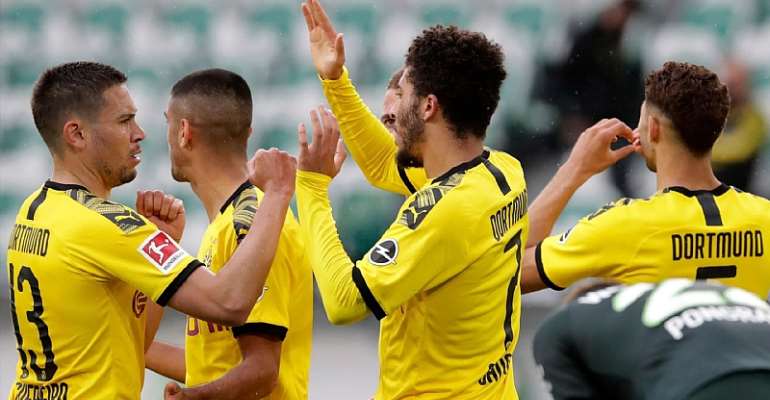 Borussia Dortmund edged to a sixth straight win as a 2-0 success at 10-man Wolfsburg maintained their title push ahead of Tuesday’s crucial showdown with Bayern Munich.

The contest was devoid of intensity in the early exchanges as the lack of atmosphere caused by playing in an empty stadium again highlighted just how much football needs its supporters.

Dortmund slowly moved through the gears after an improved second half from their hosts briefly threatened problems for the title-chasers, and substitute Jadon Sancho’s superb run and pass set up Hakimi to seal the points 12 minutes from time.

Die Wolfe remain sixth while second-placed Dortmund move to within a point of leaders, Bayern prior to the champions’ meeting with Eintracht Frankfurt on Saturday evening.

Next up, Wolfsburg travel to Bayer Leverkusen on Tuesday in a crunch clash in the battle for European places, but all eyes will undoubtedly be on Dortmund as they host Bayern in Der Klassiker.