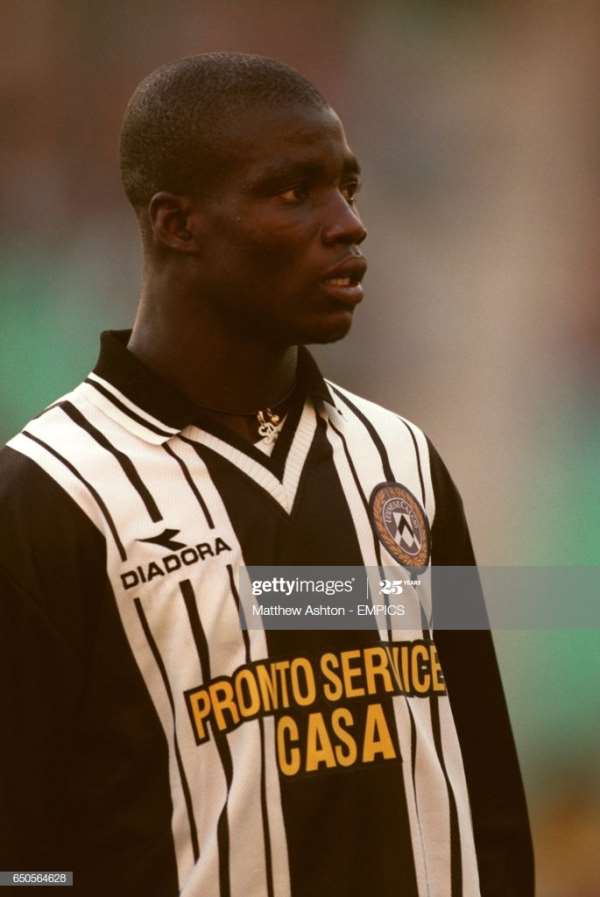 Ghana international, Stephen Appiah revealed how fellow countryman, Mohammed Gargo faked an injury to help him make a debut for Italian side Udinese.

In 1997, the former Black Stars skipper moved from local giants Hearts of Oak to join Udinese.

He revealed the incident leading to his debut for the club including the injury to Mohammed Gargo.

"When I was included in the Udinese senior team for the first time. I was on the bench for a friendly and with 15 minutes to go, Mohammed Gargo feigned an injury so I could come on," he told Joy Sports.

He scored a magnificent goal in that game and gained recognition for it.

"After I came on, I scored from 25 meters with 5 minutes remaining," he added.

The 39-year-old was at Udinese for three seasons.
He also had spells with Parma, Brescia and Juventus among others in a glittering career.