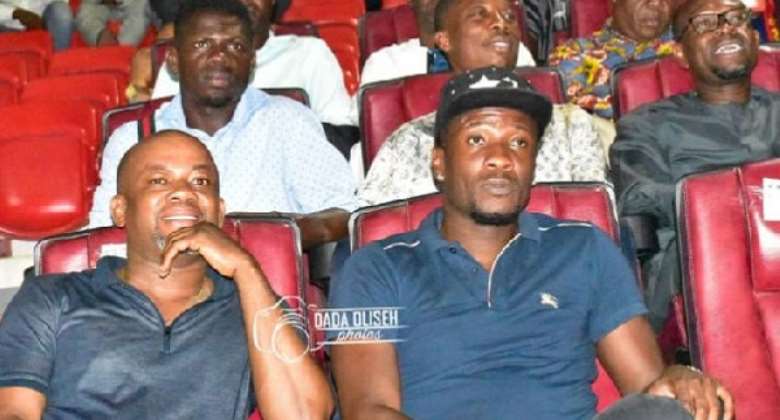 Samuel Anim Addo, manager of Ghana striker, Asamoah Gyan, has dropped a hint on the next destination of the player.

Gyan has been clubless after ending his contract with Indian Super League side, NorthEast United FC.

The former Liberty Professionals forward has been linked to several clubs in Europe despite his lack of football activities for the past months.

According to Mr Addo, Gyan will make a surprise move when football return after the novel coronavirus.

“Very soon, we will hear a new development from the camp of Asamoah Gyan,” he said.

“At the moment, there many things we are considering. There are rumours in the media but for now, we don’t want to say anything.

“It is going to be big news for the country and for Asamoah Gyan himself. He is fit now. He has been playing tennis for now but when football finally returns, there will be big news on Asamoah Gyan.

Mr Addo also revealed that Gyan is capable of playing football for the next ten years.

“If Asamoah Gyan wants to play football for the next ten years, he can. I was first told by the Black Stars team doctor.

“She told me Gyan’s muscle is amazing and if discipline himself well and eat well he can still play for the next ten years.

“Gyan is not done with his football career as he has said so he will definitely return," he added.

Asamoah Gyan has vowed to end his career at Asante Kotoko.