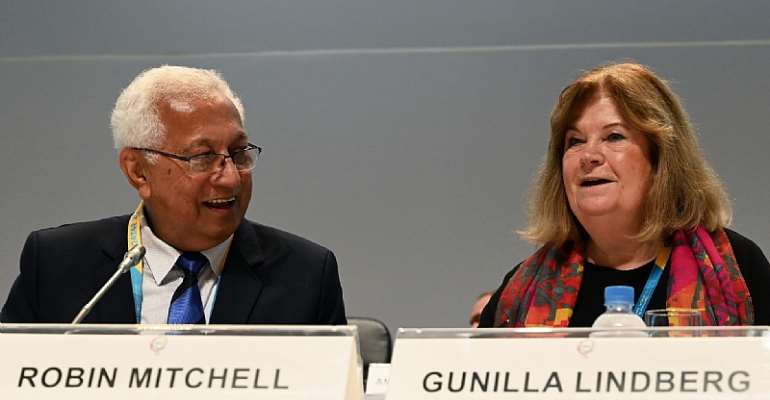 The amount of financial support was not disclosed by ANOC, although the organisation said money which had been allocated to the postponed ANOC General Assembly in Seoul will be put towards the NOC fund.

The IOC fund could be used to provide loans and advance payments on revenue shares from the postponed Tokyo 2020 Olympic Games.

The IOC said donations could also be covered by the scheme and support will "come in different forms and will be decided after an assessment of needs and on a case-by-case basis".

Association of Summer Olympic International Federations executive director Andrew Ryan told insidethegames that the money eligible IFs receive from the IOC package will be "deducted from revenue shares at the end of next year".

ANOC say their support will aim to provide additional help to NOCs to address challenges raised in a questionnaire sent to organisations in March.

Funding will reportedly be made on a "case-by-case basis, depending on needs".

This process is expected to be managed through the five Continental Associations and ANOC, with coordination coming from Olympic Solidarity.

"NOCs, like people and organisations around the world, are facing significant challenges and hardship," said Mitchell.

"We stand in solidarity with all those who have been affected and we are committed to supporting all NOCs in any way we can.

"Safeguarding the health of athletes, staff and all stakeholders is, of course, the most important priority.

"But we also recognise that the financial implications of this awful pandemic will be felt by NOCs even after the immediate health threat is overcome.

"ANOC, therefore, has decided to provide additional funding to all 206 NOCs to better equip them to face these challenges and ensure they can continue to prepare their athletes for Tokyo 2020."

ANOC also confirmed the Executive Council meeting that was scheduled for June 15 has been postponed to November.

The organisation said it will monitor the situation closely and an exact date will be announced at a later stage, while all ANOC Commissions will meet virtually for the remainder of the year.

It was announced earlier this week that this year's General Assembly in Seoul would instead be held in 2021.