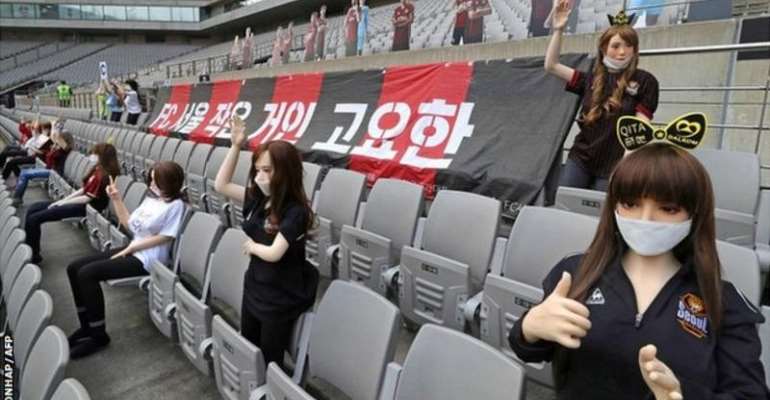 A South Korean club has been fined 100 million won (£66,500) by the K-League for filling empty seats with 'sex dolls' at their recent home match.

FC Seoul put 30 "premium mannequins" in the stands, with fans unable to attend because of coronavirus restrictions.

The club said they did not know the dolls were adult products and apologised on Monday.

"The incident has greatly insulted and hurt female and family fans," a K-League statement said.

Some of the dolls were holding signs advertising x-rated websites, despite pornography being banned in South Korea.

The K-League added that the club had made "a serious mistake" by not removing the dolls before the match.