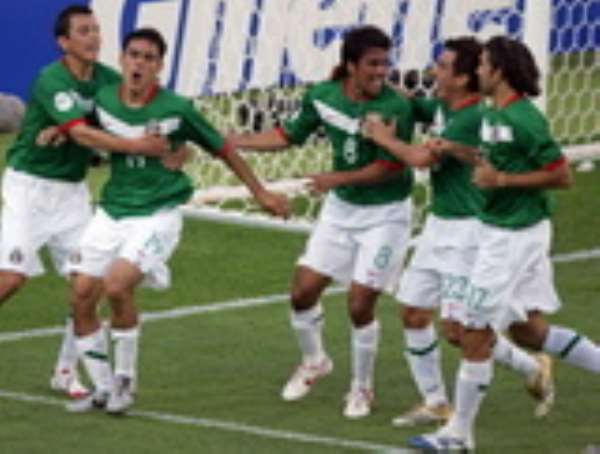 Mexico scored twice in the final 20 minutes to defeat Iran 3-1 in their opening Germany 2006 match in Nuremberg on Sunday, 11 June 2006.
With the teams tied at 1-1, Omar Bravo capitalised on a mix-up in the Iran defence to slot home his and Mexico's second goal in the 76th minute. Three minutes later Zinha headed the third to seal victory for Ricardo La Volpe's side.

$200 million Saglemi scandal: Funds were not directly given ...
51 minutes ago