2006 WC: I Rejected To Play Against Brazil – Samuel Osei Kuffour 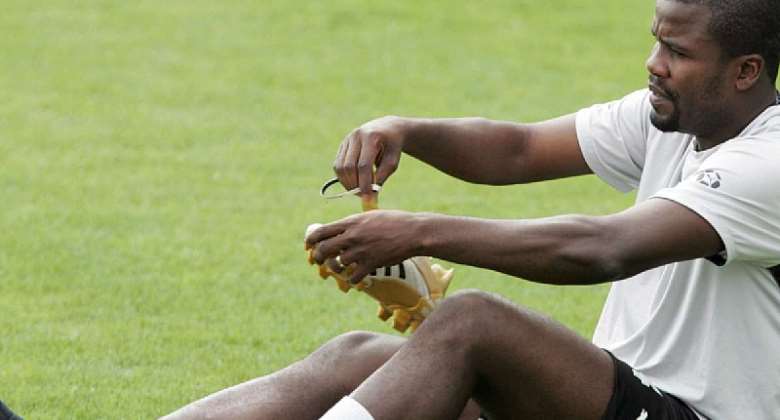 Samuel Osei Kuffour has revealed that he rejected to play against Brazil during the 2006 FIFA World Cup in Germany.

The former Asante Kotoko and AS Roma defender was a kingpin in Ghana’s maiden qualification to the World Cup.

In the country’s opening game against Italy, Osei Kuffour committed which the Italians capitalized on to score their second goal.

After a costly mistake in that first match, a 0–2 loss, he was dropped for the next three games.

According to him, ahead of the Round of 16 games against Brazil, head coach of the side, Ratomir Dujković approached him and told him he will field him but he rejected to play.

The Bayern Munich defender also revealed that the coach knew Ghana will lose against the five-times World Champions.

“What happened to me against Italy can happen to everyone,” he told GTV Sports Plus in an interview.

“I stayed focus but we eventually lost the game but I was proud of the players and myself.

“I couldn’t play again but I always train as a professional payer and ahead of the Brazil game, the coach [Ratomir Dujković] approached me and said he will field but I rejected to play.

“The coach knew will lose against Brazil and so he wanted me to play. I had no issue with him but I chose not to play,”

Kuffour became the youngest Olympic Football Champion of all-time when he collected bronze at the 1992 Olympics just before his 16th birthday.