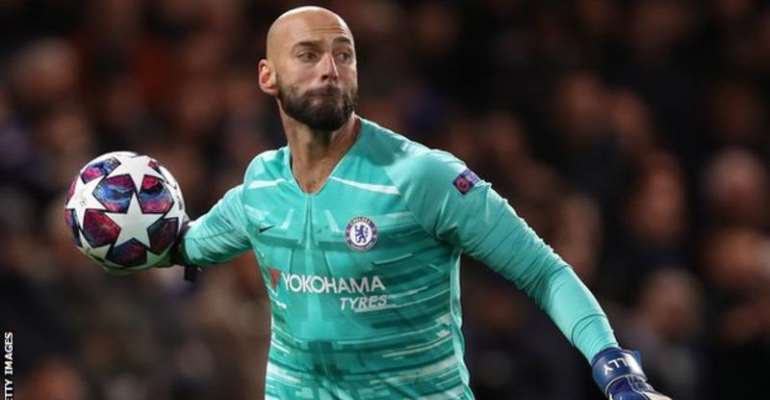 Chelsea goalkeeper Willy Caballero has extended his contract by a year and is now committed to the Premier League club until the end of next season.

The 38-year-old Argentine had been set to leave Stamford Bridge when his previous deal expired in June.

Caballero made nine appearances this season before it was suspended because of the coronavirus pandemic in March.

Five of those came in February after first-choice keeper Kepa Arrizabalaga was dropped by boss Frank Lampard.

Caballero is a popular figure in the Blues dressing room and joins 33-year-old French forward Olivier Giroud in extending his stay at the west London club for a further 12 months.

The futures of Brazilian winger Willian, 31, and 32-year-old Spanish forward Pedro remain uncertain, with their contracts expiring at the end of June.

Caballero, who was set to return to limited training at Cobham on Tuesday along with his team-mates, joined Chelsea on a free transfer from Manchester City in 2017.