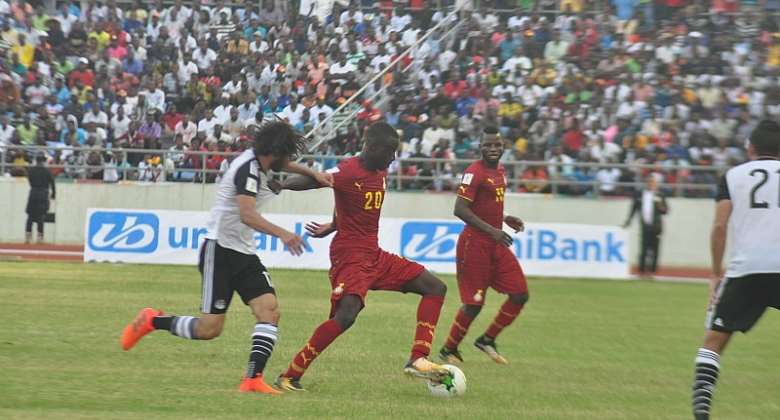 Gyasi played with Partey and Wakaso during the 2018 FIFA World Cup qualifiers and was a delight to watch.

Despite his long absence from the national team, the soft-spoken winger recalled how he was welcomed to the Black Stars for the first time.

According to him, he misses his roommate, Nana Ampomah.

“I miss Nana Ampomah especially because he was my roommate,” he told Footballghana.com in an exclusive interview.

“He is a very good player and I remember we had a good time playing for Ghana.”

Gyasi also recalled how Wakaso use to pass him the ball during national team duties.

“I miss Mubarak Wakaso also.
“He used to pass me in every match and I enjoy playing with him.

“I miss Thomas Partey as well. The entire Black Stars players liked me because I was able to speak my mother tongue and it was fun being with the national team,” he added.

Gyasi in his recent interview urged Partey to join Premier League side, Arsenal.