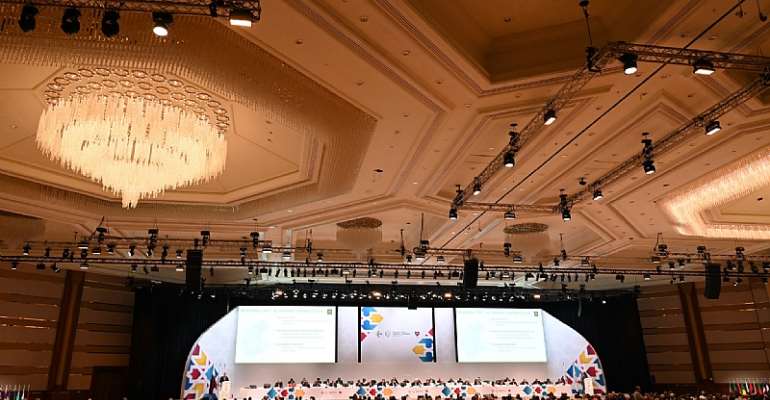 This year's Association of National Olympic Committees (ANOC) General Assembly in Seoul has been moved back to 2021 because of the COVID-19 pandemic.

The key meeting, which brings together all of the world's National Olympic Committees (NOC), was due to take place in the South Korean capital on November 25 and 26.

ANOC and the Korean Sport and Olympic Committee (KSOC) said it was in the "best interests" of NOCs and other Olympic stakeholders to postpone.

The General Assembly will remain in Seoul, the 1988 Olympic host city, in 2021, with new dates due to be announced after "further review".

Alternative ways for NOCs to express ideas and opinions are being assessed, ANOC said, while reports and updates that would have been heard this year will be provided.

"We are of course disappointed that we will not be hosting our General Assembly this year, but we believe that given the current global circumstances, it is the right decision to take," said ANOC's Acting President Robin Mitchell.

"We would like to thank our partners at the KSOC for all their hard work and for the flexibility they have shown.

"We will continue to work closely with the KSOC and look forward to welcoming the world's NOCs to Seoul in 2021."

The COVID-19 pandemic has led to a state of lockdown in most countries around the world and major restrictions on international travel.

"Considering the health and safety of the global sports delegates, we took the joint decision to postpone the ANOC General Assembly to 2021," said KSOC President Kee Heung Lee.

"It will be a great pleasure to host the ANOC General Assembly in Seoul in 2021.

"We believe that the current situation should not stop or hinder the Olympic Movement.

"We will do our best to prepare for a safe and successful event for the 206 NOCs to discuss the future of sports."

ANOC General Assemblies are normally preceded by a meeting of the ANOC Executive Council, and meetings of the organisation's Commissions and Working Groups.

Since 2014, the ANOC Awards has also been held in the Assembly's host city.

Key figures, such as International Olympic Committee President Thomas Bach, would be expected to address the Assembly while the organisers of future Games are given the chance to update on their progress.

At last year's ANOC General Assembly in Doha, it was confirmed that Mitchell will remain as Acting President until a Swiss court case against Sheikh Ahmad Al-Fahad Al-Sabah is resolved.

Earlier this month, it was announced that the second edition of the ANOC World Beach Games next year has been postponed until 2023 because of coronavirus.