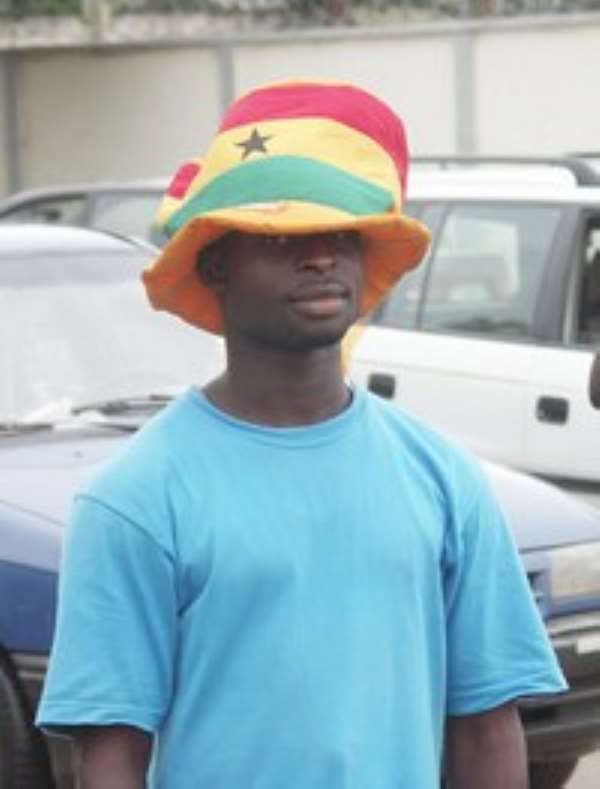 GHANA, too, is in the grip of World Cup fever. Many Ghanaians are looking forward with relish to today's opening of the most important soccer event in the world where first timers, Ghana's Black Stars, are among the 32 national teams to decide who rules the world of soccer.

Vice President, Aliu Mahama set the tone yesterday, by asking all Ghanaians to spare a prayer for the Black Stars as the event takes off today.

He asked Moslems to make today a special day for prayers as the Black Stars begin their debut participation in the World Cup, and also Christians to dedicate Sunday to the Black Stars.

The Independence Square, the Aviation Social Centre and the Vienna City Social Centre at Adabraka are among places that will play host to football lovers with the mounting of giant television screens to show the event.

The media is not being left out of the fun. The Ghana Journalists Association, following an agreement reached with SOMOTEX Ghana Limited, will mount a giant 62-inch television at the Ghana International Press Centre for viewing of the matches.

This will be complemented by special dishes to be served at the centre's restaurant, The Skuup, for media practitioners who may want to spend their evenings watching the matches.

At the Goethe Institut at East Cantoments, the German Ambassador will be on hand to welcome the media and other special invited guests to watch the opening match. Guests will be entertained to give them a feel of the World Cup atmosphere.

Aside Areeba's package of taking 200 supporters to Germany to support the Black Stars, UK Stars Holiday Tours has put together a 3,675-dollar package for interested football fans.

The operators of the UK Stars, however, are not happy that only a few Ghanaians took advantage of the package which includes accommodation, meals, entertainment and transportation, saying that the majority of the patrons are Togolese.

Dealers in electrical appliances, particularly television sets, have also received a boost in sales. In order not to miss the World Cup, a lot of people are making frantic efforts to purchase television sets to enable them watch the matches.

Mike Amakye, a television repairer at Kwashieman said since the beginning of June, many people had brought their sets for repairs.

A salesman at Alaha Discount Shop, Charles Owusu, said sale of television sets prior to the World Cup had shot up tremendously with and average daily sale of about ten sets.

However, Fred Sarpong, a home appliances dealer at Okaishie, Accra told the Times that although there has been “a slight increase in sales of television sets,” he will not attribute it to the World Cup, saying that “I have had bigger sales than this before”.

Most of the streets of Accra are awash with buntings and world cup paraphenaqlia with some mobile phone services providers winning special promotions on the event to reward loyal customers with special World Cup souvenirs.

Meanwhile reports from Germany indicate that about 7,000 fans flocked to Ghana's first open training session on Wednesday, many wearing the national colours or waving the country's red, gold and green flags against the background of reggae music from the stands

A Reuters report said that the Wuerzburg Kickers' training ground was at least half full as the Black Stars went through their paces, with some neat touches to show that they are not just here to make up the numbers.

“They're my second team for the tournament,” said local engineer Simon Schreck, who was sporting a yellow Ghana soccer shirt he had picked up on a business trip to the country.

“I think they'll come second and so get through.”

Robert Williams, a biotechnology student at Wuerzburg's University, was already armed with a ticket for Ghana's final group match against the United States in nearby Nuremberg.

“Of course, we are the underdogs but we could well surprise Italy in the first match. Then we could make it through.

“Everyone back home is really excited. I have been visiting the team hotel every day and can tell people what's going on,” he said.