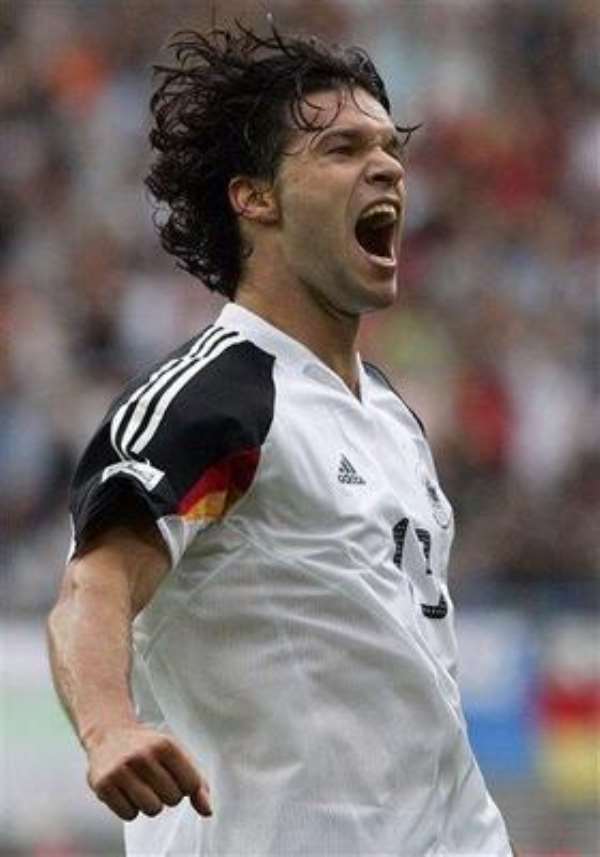 Germany have lost the talismanic Michael Ballack for the opening fixture of the 2006 FIFA World Cup but they are still upbeat about their chances against Costa Rica in Munich.

Either of Werder Bremen's Tim Borowski or Dortmund's Sebastian Kehl will step in for Ballack, who has succumbed to his troublesome calf injury.

The hosts will be desperate to kick off their campaign with a win, and keep at bay doubters who believe this German side is one of the weakest to ever contest a World Cup finals.

Jurgen Klinsmann's side gained a confidence-boosting

3-0 win over Colombia in a friendly last week that has given then a renewed optimism after a poor defensive showing in a 2-2 draw with Japan.

Germany once again have among their ranks Ghana-born Gerald Asamoah, who left Ghana for Germany at a young age.

Asamoah appeared as a substitute in the 2002 World Cup final and will be
hoping to help take Germany just as far this time around.

Costa Rica, meanwhile, contesting a second successive World Cup finals, have an injury worry of their own over regular right back Gilbero Martinez, who has a knee problem.

The main attacking threat for Costa Rica is still Paolo Wanchope, a skilful
striker, who has scored 43 goals in 69 appearances for his country, and played in all their games at the 2002 World Cup finals, scoring against China.

Parliament urged to investigate roles played by SEC/EOCO in ...
28 minutes ago