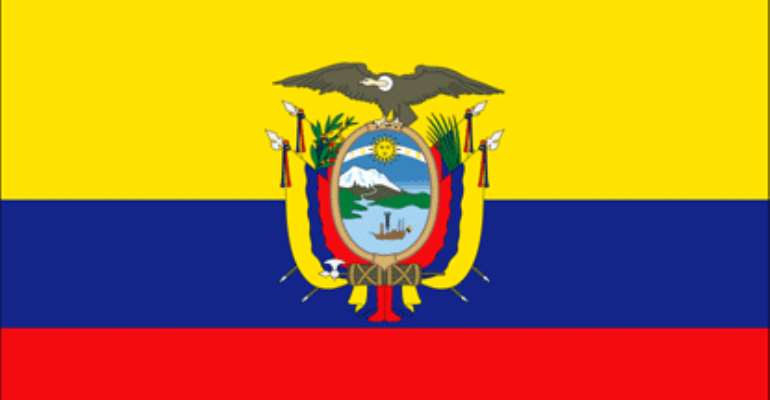 After the thrilling opening match between Germany and Costa Rica, game 2 of the 2006 FIFA World Cup threatened to be a soporific affair, judging by the laboured opening stanza.

For the first 20 minutes the only highlight was Luis Valencia's rather luminous yellow boots that caught the eye every time the young Ecuadorian touched the ball. He did unleash the first shot in anger in the 6th minute but it bounced well wide of Artur Boruc's goal.

The match seemed destined to fall into a disjointed state, with the Poles dominating Tricolor, who were more than willing to patiently wait for their chance to hit their European opponents on the counter-attack.

But in the 24th minute, Agustin Delgado rose highest to flick on an Ulises De La Cruz throw-in and Carlos Tenorio read the play beautifully to rush in and power home a header past the helpless Boruc.

The South Americans were now creating chances at will and Tenorio nearly fashioned a goal for his strike partner in the 29th minute when he slipped past two Polish defenders and cut back a low cross, but Delgado skied his shot from just a few metres out.

Ecuador were content to try and hold their lead in the second half, and their defence, with the imperious Giovanny Espinoza a magnificent general of the backline throughout the 90 minutes, held off the desperate Poles.

Agustin Delgado sealed the match in the 80th minute when Ivan Kaviedes found himself one-on-one with Boruc and unselfishly squared for the veteran forward to tap home.

Polish substitutes Ireneusz Jelen and Pawel Brozek both hit the woodwork late on, but those efforts merely served as neat summaries of the Poles misfortune on the night.

My wife was pregnant – Husband of missing but found Takoradi...
31 minutes ago

I'm not bothered about a likely coup, I worry of possible up...
44 minutes ago