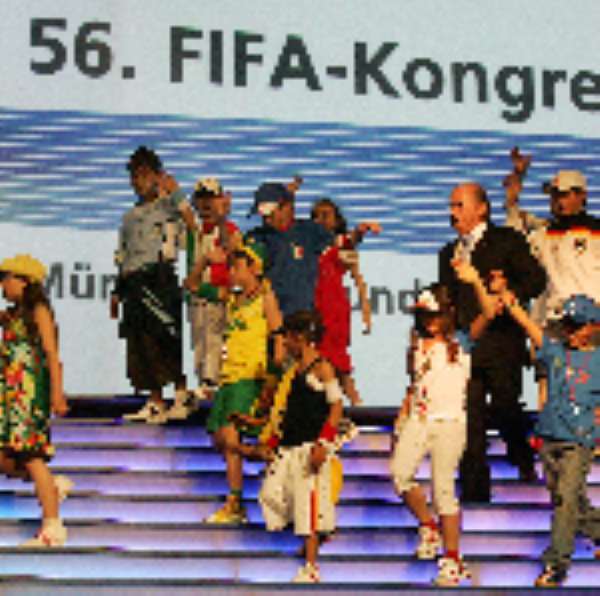 FIFA will be heading into the years ahead with a powerful vision. With its “Develop the game, touch the world, build a better future” slogan, FIFA intends to anchor its key values of authenticity, integrity, performance and unity all around the world.
This was one of the main messages in FIFA President Joseph S. Blatter's address on the second day of the FIFA Congress at the International Congress Centre in Munich to all 207 member associations, as well as to representatives of governments and other authorities, to invited guests and to representatives of the media.

The FIFA President stressed the importance of a strong, united football family: “FIFA may not be perfect, and it may not have perfect people working for it, but the basic idea is healthy and solid – every activity and every stage of growth must take place within a family”.

“Universality is still our guiding force, with FIFA showing the way as a body ensuring equality on the pitch for all, and protecting football as a beacon of hope,” continued Blatter.

He also stated that it was now time for forward-looking Congress decisions so that the football family can present a united front and use all of its strength to counter scourges such as corruption, player transfer problems, the multiple ownership of clubs, attacks on the integrity of sporting competitions and racism. Other problems that Blatter referred to included betting and doping and he stated that steps now needed to be agreed upon and implemented.

With 194 votes for and 5 against, the FIFA Congress mandated the Executive Committee to implement the steps proposed, including the additional motion presented to today's Congress to limit the number of teams in each top division to 18, by the working groups for financial matters, political matters and competitions of the FIFA Task Force “For the Good of the Game”.

As proof of the many activities that FIFA is involved in away from the glare of the media spotlight, Blatter referred to lesser-known FIFA activities and projects in areas such as social responsibility and the development of women's football.

“Football is about more than kicking a ball. It is a school of life,” said Blatter in conclusion.