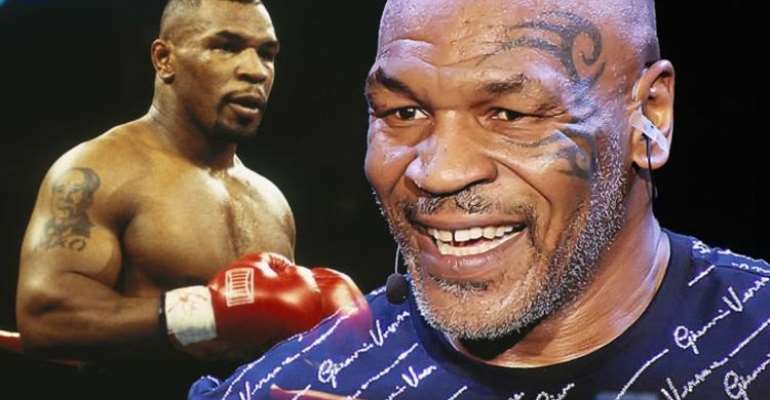 Mike Tyson's first opponent in his sensational boxing return could come against Shannon Briggs - with Briggs claiming the 'money is almost there'.

Many have speculated who the 53-year-old will face in his comeback and Briggs thinks he will be the opponent.

Tyson retired back in 2005 after a loss to Kevin McBride. (Image Credit: PA)

"The money is there, the money is almost there, I can't say much more, I'll leave it at that," the 48-year-old told Sirius XM.

"This is for charity, this is exhibition, I want people to understand.

"We all know it's an exhibition and then we will see what's left in the tank.

"It's for charity, it will be fun, but this is Mike Tyson we are talking about.

"We have to be fully prepared."

Image Credit: PA
It's not the first time the heavyweight has thrown his name into the hat for a clash with the 'Baddest Man on the Planet'.

In an Instagram Live video earlier this month, the New York native said: "I talked to Mike [Tyson], we're talking about it, if we can bring it into fruition then it's a go.

"We're better all put in as a tag team, Mike Tyson and Shannon Briggs verses the Klitschko brothers or David Haye, let him replace his brother.

"Tag team literally, you could tag them in like (you see in) wrestling."

Evander Holyfield is another name who's been rumoured to take on Tyson.

'The Real Deal' has confirmed his team are in talks with Tyson's people over a potential showdown.

"His people have been talking to my people and we haven't yet got a solid deal together but it's coming that way," Holyfield said.

"When I told people about it, they saw me working out and they kind of put two and two together. They must be coming together to do this like this.

"But the fact of the matter is, I didn't mind if we do something like this."