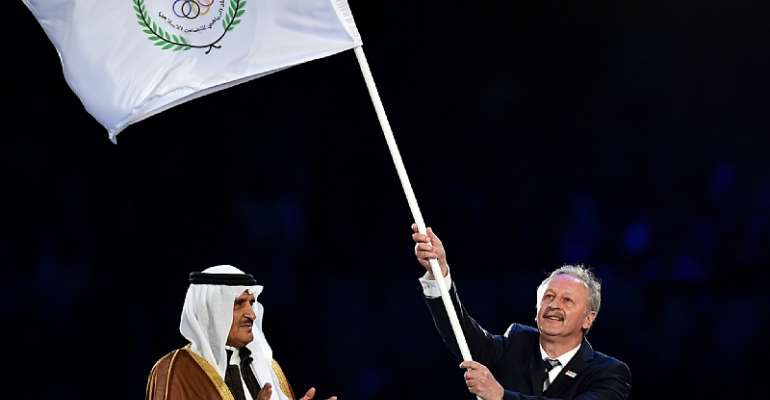 Kadir Topbas, who was Mayor of Istanbul at the time, waves the Islamic Solidarity Sports Federation flag Â©Getty Images

The Islamic Solidarity Games, due to be staged in August next year in Turkey, have been postponed to avoid clashing with the Tokyo 2020 Olympics.

Turkish city Konya was scheduled to host the event from August 20 to 29 in 2021, but the rescheduled Olympic Games will now finish just eight days beforehand, while the Paralympics are due to begin on August 24.

The Islamic Solidarity Sports Federation (ISSF) Executive Board, therefore, made the decision to postpone the event indefinitely.

Konya is set to still host the fifth edition of Islamic Solidarity Games and the Organising Committee is said to be working with the ISSF to establish a new window for the event to take place.

Turkey has never hosted the event before, with Azerbaijani capital Baku staging the last edition of the Games in 2017.

The postponement of Tokyo 2020 due to the coronavirus pandemic has led to a reshuffle of sporting events, with several moving to avoid a clash.

World Athletics and the International Swimming Federation both postponed World Championships from 2021 to 2022, while the World Games and Mediterranean Games have also been moved back a year from 2021 to 2022.

Turkey won 195 medals at Baku 2017 - more than any other country - and finished second in the medals table.