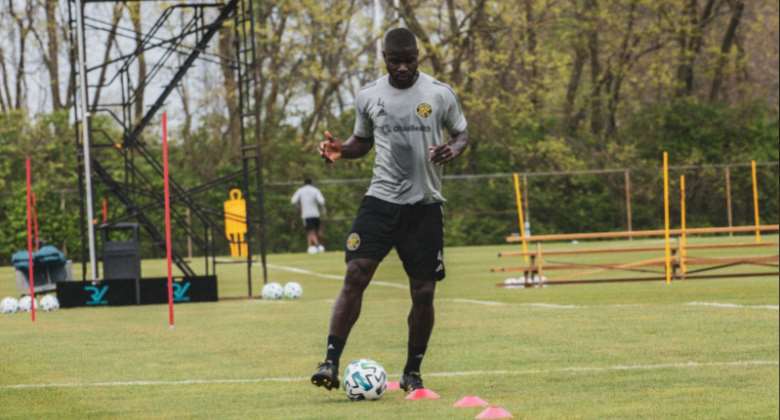 Ghana and Columbus Crew defender, Jonathan Mensah is excited to return to training after two months of indoor practice due to COVID-19.

Columbus Crew players were engaged in individual training with football expected to return in the next few days.

"It feels great," said the Ghanaian international.
"Since this whole thing started we have been training indoors and we're lucky to come out today, have a feel of the ball and chat with the teammates but at the same time still keeping the distance," he added.

Mensah, who is also the skipper for the side also admits it was good training via Zoom but explains it came with some challenges as players prefer outdoor training, something they are used to.

"It's good even though sometimes it's difficult doing it through the Zoom. This is what we've known and we are used to. They've really helped us whilst we were indoors and now being outside is even great," says Mensah.

"It was just passing against the wall, turning, shooting on goal, go back and doing some slaloms and doing a couple of strides out and so kind of getting back to the rhythm of normal training. it felt really good," added Mensah.

Mensah was named captain of Columbus Crew at the beginning of the 2020 MLS season.