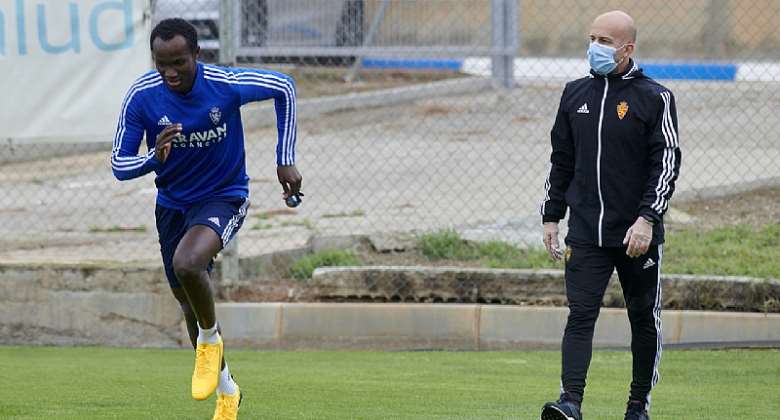 Ghana striker, Raphael Dwamena has finally returned to Real Zaragoza training after sidelined for seven months due to health problems.

The talented forward joined his teammates in today's training session.

Dwamena was ruled out of football indefinitely due to a health issue which forced him to undergo a heart surgery in October last year.

The 24-year-old return will be a relief for Real Zaragoza as they prepare for the resumption of football activities after the Coronavirus break.

Prior to the start of the 2019/20 season, he was farmed out to the Spanish second-tier club after struggling for a starting place at Levante since joining them from Swiss side FC Zurich in 2018.

Dwamena scored two goals in 9 matches for Real Zaragoza in the La Liga 2 before he was retired prematurely in October due to his health conditions.

He has capped nine times for the senior national team of Ghana.