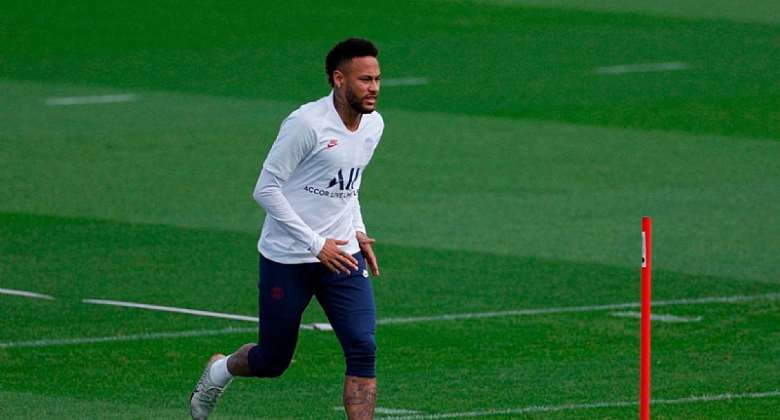 Paris St-Germain forward Neymar says he is “training hard” to be ready for whenever there is a return to playing.

Football in France was suspended on 13 March and PSG were awarded the Ligue 1 title after the season was ended early because of the coronavirus crisis.

But PSG remain in the Champions League, which Uefa still hope can be completed.

“The aim is to be ready for when they signal the return of club activities, so I can be in the best possible condition,” said Neymar.

The 28-year-old has been in his native Brazil since the start of a strict lockdown in France in mid-March.

His last game for PSG was when he scored in a behind-closed-doors 2-0 victory over Borussia Dortmund in the Champions League on 11 March as the French champions overturned a 2-1 first-leg deficit to reach the last eight.

“I’m here, training hard, with the same rhythm and frequency that I would with the club,” said Neymar. “Training even harder actually, with more activities to compensate for the lack of games.

“Of course I miss the competition, but [fitness coach] Ricardo Rosa set up a programme that I have been following to the letter.”