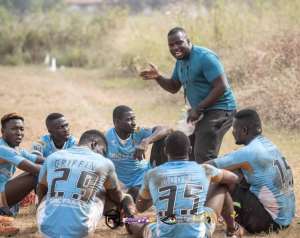 Rugby football as it was then called started about 1845 at Rugby School in Rugby, Warwickshire, England. Wikipedia sources provide that, although forms of football in which the ball was carried and tossed dates to medieval times, rugby split into two sports in 1895, when twenty-one clubs split from the Rugby Football Union to form the Northern Rugby Football Union (later renamed the Rugby Football League in 1922) in the George Hotel, Huddersfield, over broken-time payments to players who took time off from work to play the sport, thus making Rugby League the first code to turn professional and pay players. This occurred one hundred years later in 1995, following the 1995 Rugby World Cup in South Africa. Though there’s little information about the history of the Rugby league in Africa, it is believed to have started as early as the 1950s in South Africa.

Though rugby is an interesting and loved sport in Europe and the Americas, it is not popular in Ghana as compared to sports like football, athletics, basketball, volleyball, tennis among others. This is due to the fact that the sport has not developed fast enough or has been given the attention it requires. Though Wikipedia suggests that, rugby originated in England in the first half of the 19th century, it was conceived in Ghana only a few years ago. All the same, the growth of the sport in Ghana cannot be completely discussed without making mention of one Mr Awudu Mustapha Jafaro; the young man who is championing the course of Ghana Rugby League and trying to keep it at par with other sporting leagues.

Mr Awudu Mustapha Jafaro was born to the late Mr Awudu Mustapha and Mrs Fatimatu Obilitey Mustapha on the 11th of December, 1990 and the first among four children. He grew up at Agege, Dansoman; a suburb of Accra, where he attended Top Class, Ewit Greenwich Classical Academy and later Calvary Wisdom Academy for his JHS Certificate and Winneba Senior High for his SHS Certificate. He proceeded to the University of Ghana Legon, where he was awarded a Bachelor of Arts in Geography in 2014. It was in the University of Ghana that he found love for Rugby.

Mr Jafaro traces his encounter with the sport as of 2010 while at the University of Ghana. “I decided to try my hands on rugby after I was introduced to the sports by one Marshall Nortey and Lloyd. I tried with a club on campus before joining the school team” he narrated. While in school, he revealed that he travelled twice to Morocco, where his passion for the sport deepened. Then, by 2015 he had begun playing and coaching.

Mr Jafaro, while tracing the history of the Rugby League in Ghana said among other things that, rugby was entirely new to Ghana. It was then introduced into the country in 2012 but only became active in 2019 when he assumed the reigns of affairs as Manager. He believes that, his desire to do the work had won him this recognition and that he loves the sport and ready to take it to where God has ordained.

According to him, from 2010 to 2015 he was playing and coaching a union side. But his club was unfortunately taken out from the Union after they had issues with administration at the time. That was when he turned to assist train boys at the University till another form of the sports Rugby League invited him to assist with managing the sports in Ghana in 2019.

From 2012 to 2019, he asserts that the activities of his organization “has been on and off”, so in 2019 he was appointed as Manager of the Federation. “In 2019, I was called upon like I said, to manage the Federation from the grassroots, so what we did was quickly organize the university games among 6 halls and they played the Thirteens Tournament. After that tournament, we organized a four-team national league that is; a standard league and it runs for 2 rounds; first and second round”.

Currently, there are four clubs in Ghana. They are the Ghana Skolars, Bulls, Accra Panthers and Pirates Ghana. Among these four clubs as well as other players who play outside the country, a national team was raised to represent Ghana in Nigeria last year October; from 1st to 5th in a tournament called the Middle East African Championship and the team placed 3rd after losing to Nigeria and winning narrowly against Cameroon. The Middle East African (MEA) Championship is the biggest rugby league in Africa currently. Ghana is placed 3rd in the MEA region ranking and is placed 33rd in the World ranking. Though the team has no trophy yet, Mr Jafaro is confident that, the team is yet to sweep a number of them, if afforded the opportunity to participate in more competitions.

On the 4th of May this year, he was recognized as a Rugby League coach by the Rugby League European Federation (RLEF). This is a very great feat for the Ghana Rugby League and the country at large. He believes that his desire to grow the game comes from within him and this takes place spontaneously. “So, going for this was necessity than a choice” he stated.

Mr Jafaro as head of the new administration stated that his outfit has completed a strategic plan which was is meant to be operative from 2015 through to 2025. The plan is to get Ghana Rugby to the World Cup in 2025. In 2023, there is a World Cup Qualifier and “that is what the focus is on at the moment” he said. So, he intends to organize local games and in order to have enough playtime as part of preparation plans- just before the COVID-19 pandemic came in. “What we are trying to do is to get the boys to play more themselves locally, so we are having a local tournament; before the COVID we were also looking at playing in our championship, that is the Thirteens Tournament” he explained.

He continued; “But as it stands now, we don’t know the situation with the COVID but let’s see what is going to happen from now to 2023 where we would select a team to represent the nation”. He points out that, there are some Ghanaians playing outside the country and he’s been monitoring them as he prepares the team to qualify for the World Cup. This implies that he might possibly give them a call-back to play in the national team.

He further plans to get the sport to the other regions of the country since they are only locked up in Accra, so preparations are underway to take their activities nationwide.

So, the plan for 2021 through to 2023 is to get all four clubs having made of female teams and also having juvenile teams. “If we are able to do this, we know at least four clubs are well-structured” he stated. In explaining further his plans, he intimated that they are going to move to other regions, that notwithstanding the fact that, they would test the waters in those regions to see what comes out of it until his outfit is ready to swing fully into action.

He emphatically stated that there is no government support as he speaks now and has no cause to blame the government because he and his team started work just in 2019.

Though the sport seems to be gaining ground already, it is not bereft of challenges he said. These challenges are in the form of misconceptions, bad playing fields, lack of funding, availability of media and the lack of game opportunities.

According to Mr Jafaro, a lot of people on first contact love to see and enjoy the sports but they either did not know of its existence in Ghana or are simply terrified of its associated injuries. More so, there has not been enough media coverage to promote the sport. Most importantly, the unavailability of game opportunities is another challenge.

He went on to say that, a board meeting was convened and an election of interim executives and appointment of board of directors has been held. There has been an executive team but it was reconstituted since it was dormant. He is of the view that the current interim executives and board, as well as the Constitution, has bestowed much responsibility on them. They have started working on their affiliation status with International Rugby League. As observers of the International Rugby League, the board is working on its affiliation status and going forward by 2025, the team should be full members. “What is happening now is that the team is getting support mostly from volunteers, philanthropists and the international body of the Rugby League itself’ he told the reporter.

All the same, he is optimistic that, the Ghana Rugby League would soon be recognized worldwide. 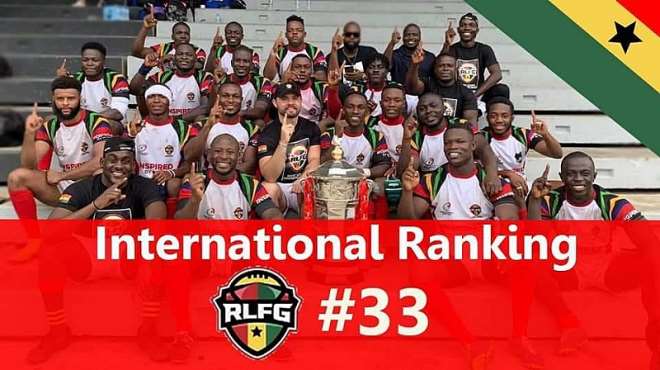 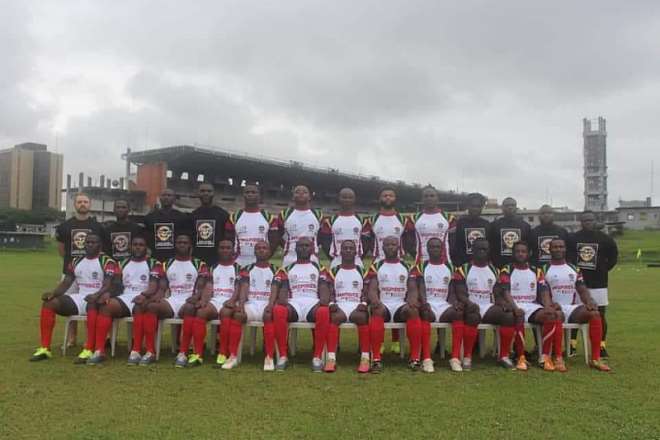 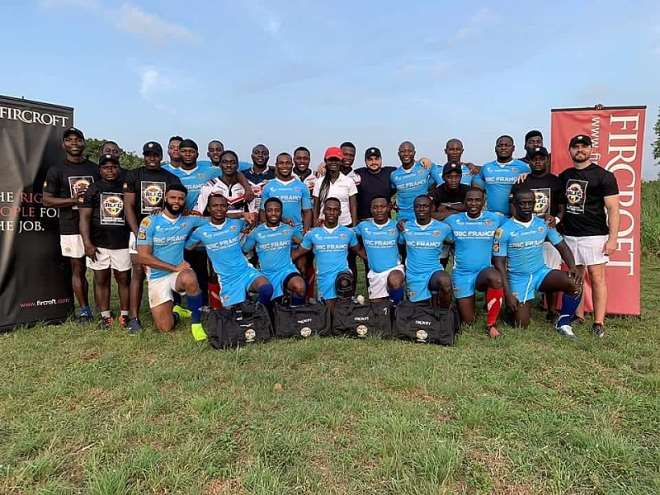 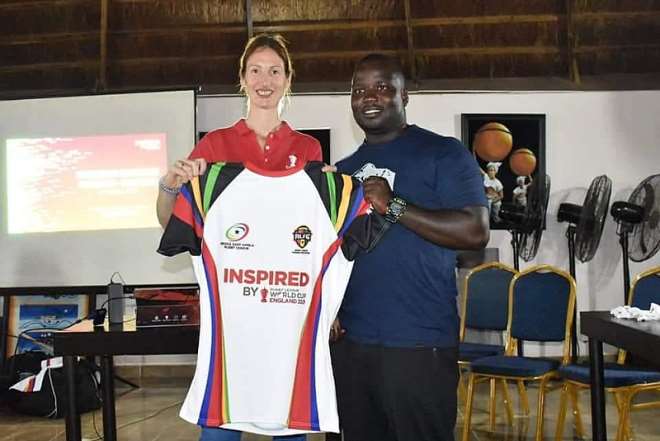 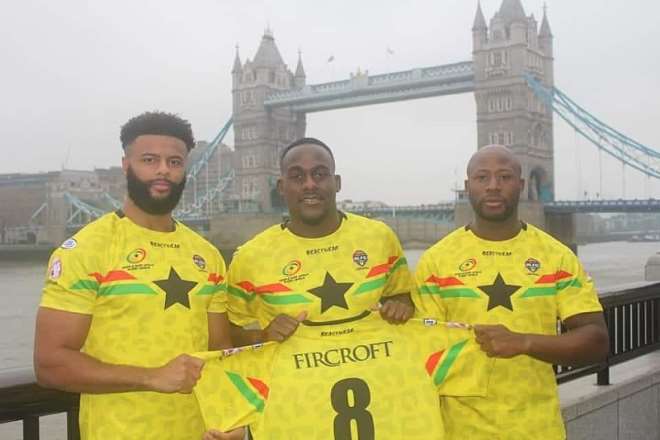 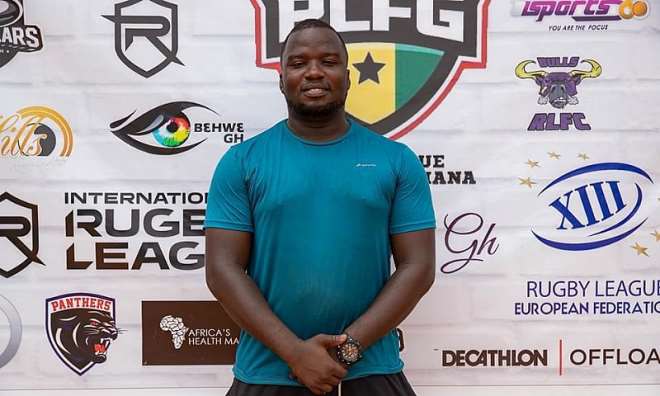 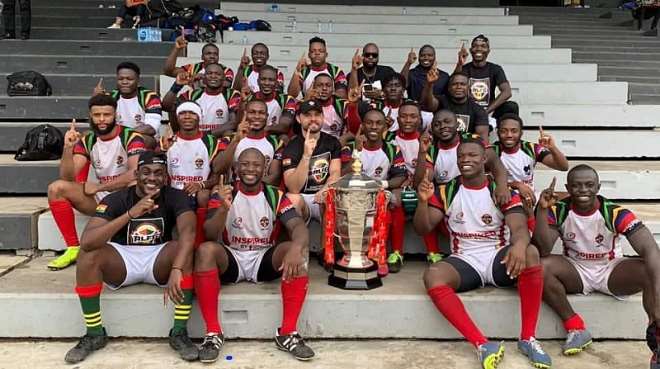