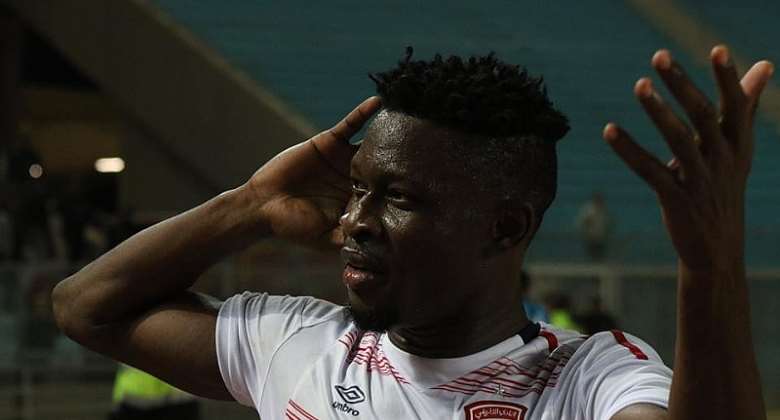 The lethal striker joined the North Africa side in August 2018 from Aduana Stars on the back of an outstanding season.

In February 2020, Club Africain showed the Ghanaian the exit door without a mutual understanding. The player and his handlers subsequently took the matter to FIFA to seek justice.

At the end of a legal tussle, a FIFA Dispute Resolution Chamber has found Club Africain guilty and has ordered them to pay an amount of $79,201 within the next 45 days or face a ban.

“The Respondent, Club Africain, has to pay to the Claimant, within 45 days as from the date of notification of this decision, the amount of USD 79,201 plus interest:

“The Respondent has to pay to the claimant the amount of USD 450 corresponding to a flight ticket from Tunis to Accra.

“The Respondent has to pay the Claimant compensation for breach of contract in the amount of USD 47,038 plus 18% interest p.a. as from 24 January 2020 until the date of effective payment”, a ruling from FIFA said.

During his stint with Club Africain, Derrick Sasraku made 11 appearances in the Tunisian Ligue Pro and also had the opportunity of featuring in the CAF Champions League.