VIDEO: Watch Jaw-Dropping Goals Scored By Ghanaians In The EPL 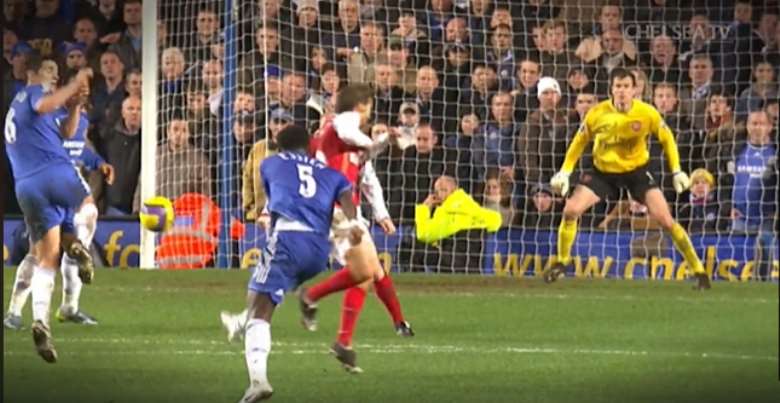 As many as 24 Ghanaian players have had the opportunity to play in the English top-flight league known as the English Premier League (EPL).

Nii Odartey Lamptey was the first player to feature in the league when he joined Aston Villa in September 1994. Despite his talent, he could not find the back of the net.

In August 1995, Tony Yeboah became the first Ghanaian to score in the EPL after he equalized with a sensation effort against Liverpool from outside the 18-yard box.

From there on, several Ghanaian players who have played in the league have managed to pop up with INCREDIBLE goals of their own.

Notable and likely the best of them all is Michael Essien’s breathtaking equalizer for Chelsea against Arsenal in December 2006.

In the featured video below sourced from the Twitter page of the English Premier League, other Ghanaians including Jordan Ayew, Sulley Muntari, Asamoah Gyan, and Andre Ayew get to feature with eye-catching goals as well.

Check out the goals in the video below: