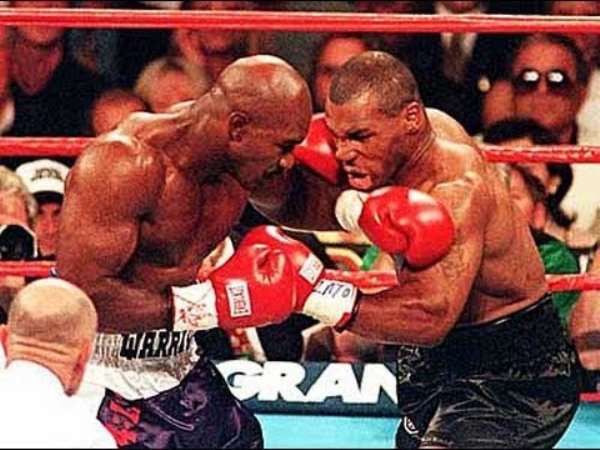 Evander Holyfield has warned Mike Tyson that he is in phenomenal shape ahead of a potential comeback fight between the two heavyweight legends – though will only agree to the bout if knockout punches are banned.

The 57-year-old has been out of the ring for nearly a decade but teased training footage earlier this week in response to Tyson’s own ferocious comeback video, even mimicking his ‘I’m back’ statement.

Holyfield and Tyson, four years his junior, famously fought twice in their primes, with Iron Mike disqualified in their 1997 rematch at the MGM Grand in Las Vegas after biting his opponent’s ear. Tyson was given a hefty fine and suspension for biting Holyfield’s ear. Despite the incident, Holyfield insists he holds no ill will towards Tyson and would love to jump back into the ring with him, though only on the condition that neither fighter goes after a KO.

Asked if he would be keen to take on Tyson for a third time, Holyfield told The Sun: ‘I would do that! Yes, I want to fight Mike Tyson. ‘My whole thing is I’m open, and I know that I want to do well for myself at age 57. I can definitely handle him. ‘But Mike would have to want to do it as well.’

On the terms of the fight, Holyfield continued: ‘We have to come up with something that is not a knockout grudge match.

‘It’s not about who can beat who, but to show people we were some of the greatest fighters in our era and we’ve come together as men to do something for others.

‘I don’t have anything against Mike personally, the thing is I think it would be good for the sport and even though boxing is a rough sport, we can show people we can come together.

‘Mike is looking sharp, but I’m in very good condition and shape physically and mentally. And if the money is right, too, then let’s get it on. ‘I know he’s getting offers from all types of people. Since we have both announced a comeback, a fight between me and Mike would definitely be the fight people want to see.’