Ghana Is A Nice Place To Be, Says Chelsea Youngster Callum Hudosn Odio 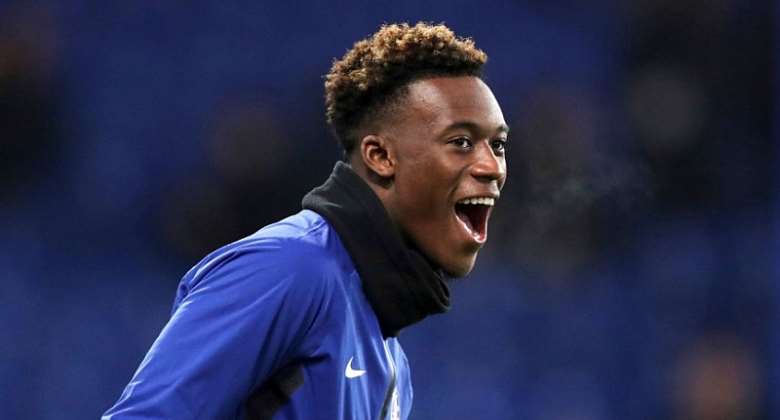 English-born of Ghanaian descent, Callum Hudson-Odoi has described the West African country as a peaceful place to be.

The 19-year-old who was strongly linked to Bayern Munich last summer recounted his visits to Ghana with his parents.

Hudson Odio was born to Ghanaian parents in London who was eligible to play for the four-time Africa Cup of Nations Champions but opted for the three lions of England.

The youngster revealed that his parents have a house in Ghana and occasionally visit their family members in the African country.

"I went to quite a few places when I was younger like Spain and also Ghana with my family," Hudson-Odoi told Chelsea's official website.

"That’s [Ghana] where my parents are from and we have a house there so it’s a nice place to just relax."

Hudson-Odoi started his football at the Chelsea youth team at age 7.

The talented forward earned a promotion to the senior team of Chelsea in 2017 after making his debut against Newcastle United in FA Cup match.

Hudson-Odoi has featured 29 times for Chelsea so far.