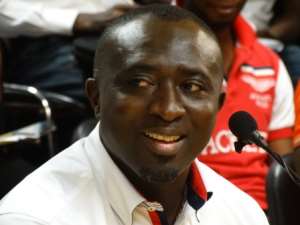 The country’s football governing body at the beginning of this month announced that its Executive Council has given approval for processes to be started to make the top-flight league autonomous.

The move when completed will see the Ghana Premier League being run by an independent body.

Commenting on the FA’s plans, Augustine Arhinful says it is the right way to go if Ghana wants it football to go higher.

“First of all if we want our football to go higher, then we must do our best to run an independent league because when it becomes autonomous nobody will question their decisions”, the trained coach shared.

He added, “If it becomes autonomous they will have their own judicial body, secretariat, chairman and will self-sufficient with their finances. So I think it is the best thing if we are able to get there. The Ghana FA must have their duties to perform”.

The GFA is setting up a 5-member committee to come up with the modalities, processes, and roadmap for the establishment of an autonomous Ghana Premier League.

The committee will have 3 representatives from the 18 Ghana Premier League clubs and 2 members appointed by the Ghana FA.