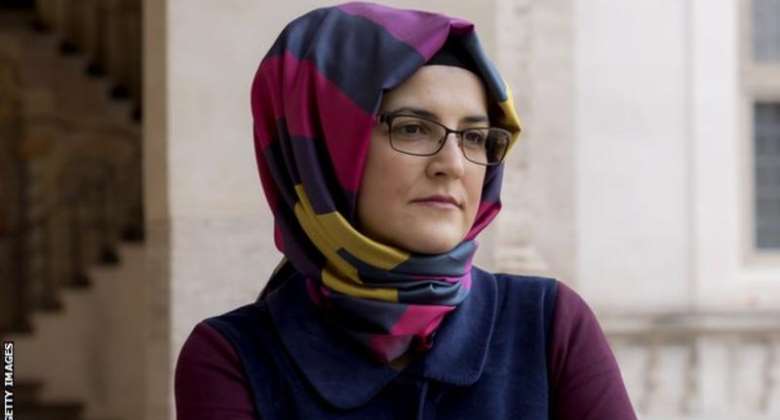 Newcastle United fans have been urged to "unite to protect" the club from a takeover by Saudi Arabia's Public Investment Fund (PIF).

The message came in an open letter from Hatice Cengiz, who is the fiancee of murdered journalist Jamal Khashoggi.

"You as the loyal fans do have a big say in this," wrote Cengiz.

PIF looks set to finance 80% of a £300m takeover of Premier League side Newcastle, who have been owned by Mike Ashley since 2007.

"My plea to you [the fans] is to think whether accepting Mohammed bin Salman's offer is really the right way out of the despair for your club and city," said Cengiz in the letter.

"I implore you all to unite to protect your beloved club and city from the Crown Prince and those around him.

"They are making this move not to help you and not with your best interests in mind, but solely to serve themselves.

"Their hearts will not genuinely be in the club that means everything to you.

"I urge you to send this message loud and clear to the Premier League, to your club's management, to your city's leaders, and to the world."

She added: "We should not let the beautiful game of football be shamed by those who are not passionate for it, and who only seek to use it to hide their shocking deeds."