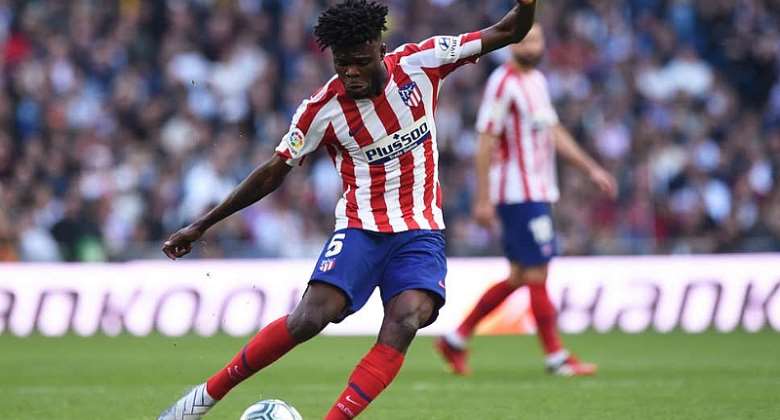 From having gone over two months without seeing a ball kicked at any level in the English game to some clubs' futures facing growing amounts of uncertainty, this type of scenario has never been experienced before.

But in an attempt to remain optimistic and upbeat during these worrying and uncertain times, Arsenal fans are doing their very best to remain cheerful.

That is because they are looking ahead to the next transfer window, though it remains unclear when it may open because of the coronavirus crisis, with a great amount of excitement and intrigue, as head coach Mikel Arteta is planning to put his own stamp of authority on the squad he inherited from former Gunners chief Unai Emery.

And one of the biggest topics that is keeping Gunners, supporters, on tenterhooks is Atletico Madrid midfielder Thomas Partey, who is continuing to be linked with a summer switch to the Emirates Stadium.

Arteta is desperate to add a sense of steel to his midfield in the next window, meaning Partey could be just the ticket. The Ghana international is renowned for getting stuck in, breaking up play and doing the dirty work that a team so often requires.

Now, as excitement mounts about the prospect of the Gunners signing the 26-year-old, Arsenal fans have taken their hopes of signing Partey to a whole new level, as they even put a question to the Ghanaian president, Nana Akufo-Addo, about the midfielder's future.

During Akufo-Addo's address to the nation, which was screened live on TV and on Facebook on Monday about the coronavirus pandemic, a Gunners supporter decided to make the most of the opportunity to even ask the president about whether or not Partey would seal a move to the Emirates Stadium in the coming months.

An Arsenal fan, in a light-hearted manner, wrote: "Mr president, will Thomas Partey sign for Arsenal?"

This question certainly brought a reaction from a couple of Gunners supporters, who were quick to respond with a couple of sarcastic comments on Reddit.

One wrote: "Our fans are different gravy." Another replied: "Asking the right questions, clearly."

Arsenal remain keen on pulling off a deal for Partey by the time the next transfer window opens, though a lot will depend on the state of the club's finances, amid the COVID-19 pandemic.