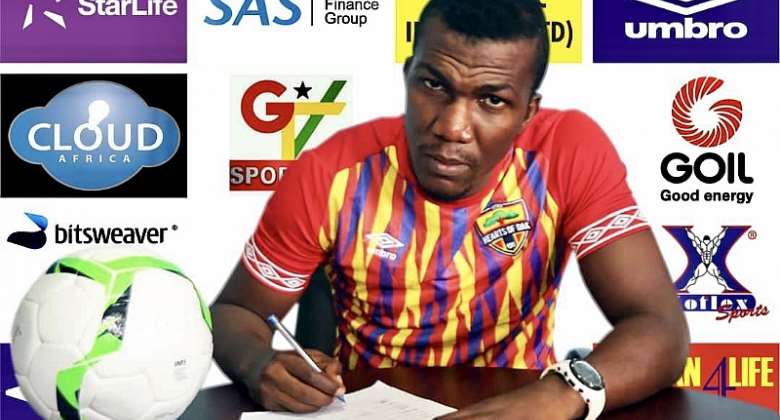 Hearts of Oak’s new striker, Abednego Tetteh has revealed that his family’s love for the Ghana Premier League giants influenced his decision to join the club.

The former Bechem United forward was on Monday announced as a new addition to the Phobian squad following months of speculations that he had been signed.

Speaking to Fox FM today, the highly-rated attacker has revealed that he had offers from a lot of clubs before deciding to commit his future to the Rainbow family.

According to him, his entire family support Hearts of Oak, and that in a way influenced his decision to join the Accra-based club.

“Hearts of Oak was part of the numerous clubs that contacted me but I chose them because I wanted to feel at home. From my infancy, I have been a fan of Hearts and all my family members are fans of the Oak Tree Club.

“My father is a staunch Hearts of Oak fan who is even called PHOBIA. It was the love I have for the club that propelled me to sign for the club and my family also influenced it”. Abednego Tetteh shared.

The exciting forward has joined the Ghanaian giants with a lot of expectations and is confident of delivering when the football season makes a return after the Covid-19 storm has passed.