I Have Been Asante Kotoko Fan Since My Infancy, Says Legendary Charles Taylor 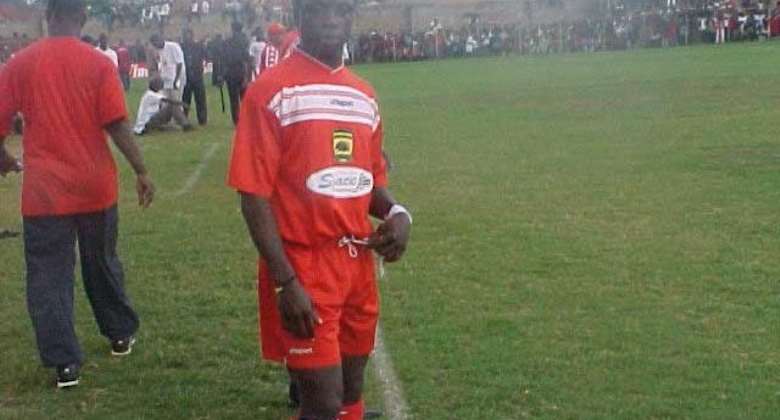 Charles Asampong Taylor, a former Ghana Premier League kingpin has revealed that he has always been a fan of Asante Kotoko despite playing for Hearts of Oak.

Taylor controversially joined the Porcupine Warriors from Hearst of Oak which was a surprise to many football fans due to the rivalry that exists between the two clubs.

When questioned about his preference of the two teams if he had the choice, Taylor noted, “Sincerely, I never dreamt of playing for either side so I was eager to play for any of them at a particular point in time to develop my career," he told Graphic Sports in an interview.

“When Kotoko expressed interest in me, I was so happy that on my way to camp at Winneba, I whistled to myself and imagined myself in a Kotoko jersey for the first time.

“When Hearts also came along, I was very happy because playing for either of them was an honour. However, I had been a fan of Kotoko from infancy,” Taylor added.

His first season with Kotoko was a success and he won the Ghana Premier league with Kotoko in 2003.

Taylor joined the 23 times Ghana Premier champions for a fee record fee of US$42,000.