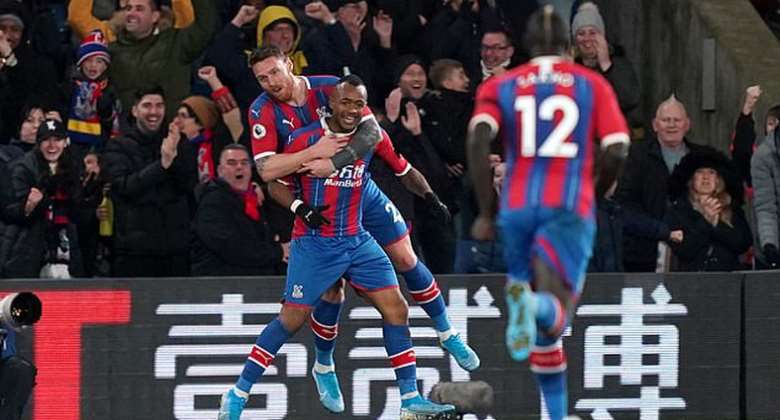 Jordan Ayew's brilliant solo effort against West Ham United in the Premier League on Boxing Day has been voted the best goal at Selhurst Park by fans of Crystal Palace.

The Ghana forward weaved his way through a bunch of Hammers to delightful chip past goalkeeper Roberto Jiménez to present the Eagles with their Christmas gift last year.

English sports portal, Football.london.com asked fans of Crystal Palace to vote for the best goal they have seen at the Selhurst Park and 31% voted for Ayew's strike.

The Ghana international beats the likes of Ian Wright and Gareth Southgate to win the accolade.

Meanwhile, Darren Ambrose's 37-yards stunning free-kick against Aston Villa on February 14, 2010, came second with 18 per cent of the votes.

Arsenal legend and former Crystal Palace forward, Ian Wright's superb Volley against Brighton 21-years ago was third with 11 per cent whilst Mile Jedinak goal against Liverpool in 2014 and Gareth Southgate's solo strike against Portsmouth in 1993 all had ten per cent of the votes.

Ayew joined Crystal Palace on a permanent deal last summer from Swansea, a bargain that has yielded dividend for the Eagles with the Ghanaian's eight goals earning the club more points this season.