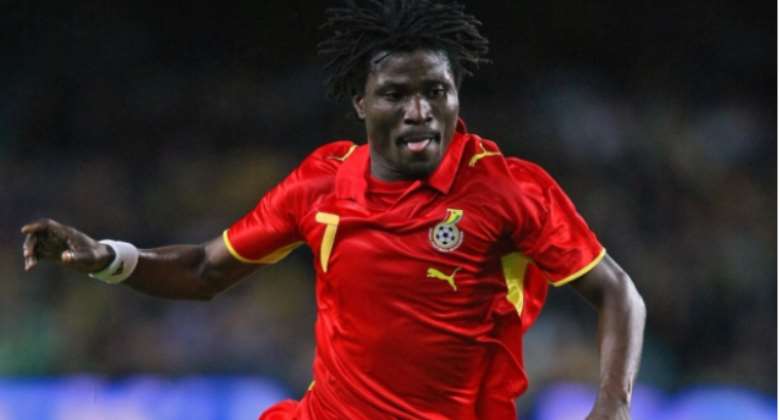 Former Ghana winger, Laryea Kinston has pointed out that failure to play in the FIFA World Cup is the biggest regret in his career.

Kingston, who is one of the best wingers to have ever played for the national team failed to play in any of Ghana's appearance to the Mundial.

The former midfielder was a key requirement in Ghana’s qualification campaign ahead of the nation’s historic first qualification for the FIFA World Cup in 2006 but unfortunately was not named in the final squad for the tournament.

He was also dropped ahead of the 2010 World Cup in South Africa.

According to him, it is a low point which comes back to haunt him.

"When you ask me today if I am happy with my career? I will say yes apart from the World Cup appearance. Every player’s dream is to be at the World Cup.

“If you sit back, watch the World Cup and observe the way the players were giving their all and playing with enthusiasm and thinking at the same time, that I couldn’t play let alone have a taste of it. It really hurts.”

The former Lokomotiv Moscow player takes consolation in the possibility something very negative could have happened to him if he had made the final squad for Germany.

“In all, I say maybe it was meant to happen that way. Maybe if I had played in that World Cup it would have rendered me unable to play football again. So I just consider it a blessing in disguise,” he said.

Laryea Kingston made 41 appearances for Black Stars and scored 6 goals.

Kingston is a product of Ghana’s Accra Hearts of Oak and Great Olympics.

He also had a fair share of playing his trade outside his native Ghana. It saw him play at Terek Grozny, KyrilIa Sovetov Samara and Lokomotiv Moscow in Russia, Hearts of Midlothian in Scotland, Hapoel Be’er Sheva and Hapoel Tel Aviv in Israel.

He also had stints with Dutch side Vitesse Arnheim and Phoenix FC in Major League Soccer in the US.