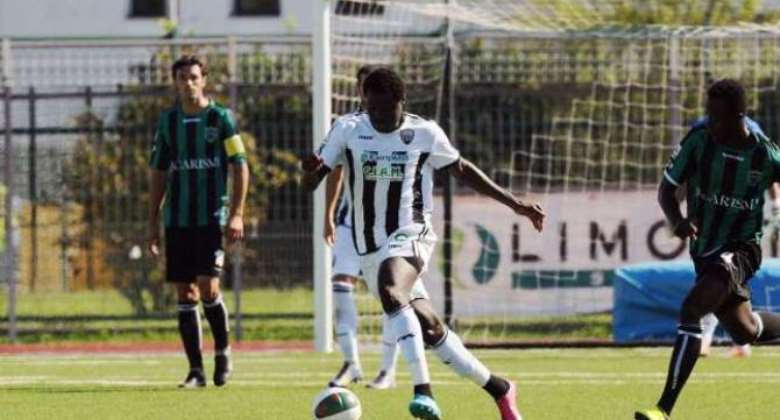 Former Ghana U-20 defender, Bright Addae, says he agrees perfectly when some people claim that it is better to play in an amateur team abroad than playing professionally in the Ghana Premier League.

Bright Addae who plies his trade in the Italy second-tier Serie B side Juve Stabia made these comments in an interview with Amansan Krakye on Radio Central,

He revealed "The reason why some people make that statement might be in terms of the monthly salary that the player receives.

"But to be sincere if in Ghana players were paid just like what we receive in Europe like I won't bother myself to travel abroad because of home sweet home.

"There is truth in some aspect of that statement which I totally agree with because someone might be playing in the Ghana Premier League but will be paid GH¢200 at the end of the month.

"Meanwhile someone who plays in abroad and let's say Serie C in Italy will be making huge amounts when the money paid the player at the end of the month is converted into Ghanaian currency.

"So comparing income levels you would see that the one playing abroad will be making more at an amateur team as compared to the one who plays as a professional in the Ghana Premier League".

Some people often wonder why there is so much player exodus from the nation's premier football league as the crème de la crème often depart for greener pastures by playing in lesser-known football clubs abroad.