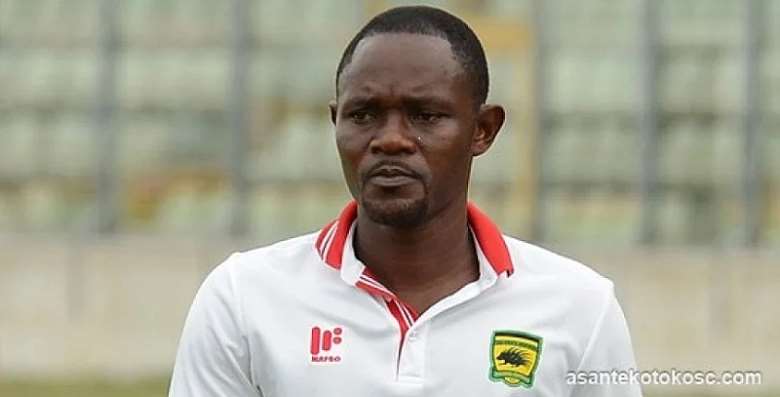 Former Kumasi Asante Kotoko captain, Godwin Ablordey has bemoaned the recent happenings at the club which has ended up giving the team bad publicity.

Nicknamed the Porcupine Warriors, the Ghana Premier League record holders in the past few months have been in the news for all the bad reasons.

Their transfer issues with Esperance de Tunis concerning the transfer of midfielder Kwame Bonsu in 2018 and the signing of striker Emmanuel Clottey in 2015 ended with FIFA instructing the club to cough out $240,000.

That together with the yet to be settled compensation for coach CK Akonnor whom they sacked last year has attracted bad press with Manhyia Palace being forced to form a committee to investigate the dealings of the club under the leadership of Executive Chairman Dr. Kwame Kyei.

In an interview with Koforidua-based Bryt FM, Godwin Ablordey has lamented over the recent happenings at Kotoko as he stressed that he is not happy about it.

“As a former player and technical member of the club, I am not happy about what’s happening in the team now. Kotoko is noted for victory and not challenges. The problems have been too much so I will urge management to sit down and address all the lapses before the league resumes”, the former captain of the Reds said.

He added, “Kotoko is one of the biggest teams in Africa and this petty mistake should not happen to the club”.

Kotoko is currently being investigated by a 4-member committee set-up by the Manhyia palace to ascertain why the transfer saga with Esperance escalated to that height as well as some other issues.