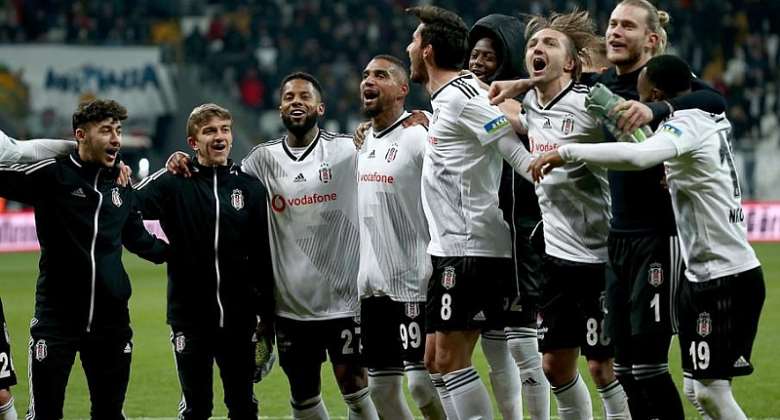 A teammate of Kevin Prince Boateng and a and a staff member at Besiktas have tested positive for coronavirus three days after the announcement that the Turkish league will resume next month, the club said on Saturday.

The Eagles said all their players and coaching staff had been tested for the virus, adding that the player and staff member who tested positive had begun treatment.

Fenerbahce said on Friday one of their staff members had tested positive for the virus, prompting the club to cancel a scheduled practice session.

Turkey's domestic football leagues will resume without fans on June 12 after a three-month suspension and TFF Chairman Nihat Ozdemir said on Wednesday the country is planning to host the Champions League final in late August.

Turkey announced on Monday that it will start to gradually ease lockdown measures after the virus outbreak had reached a plateau.

The Ghana international joined the Turkish Super Lig side on loan from Fiorentina during the winter transfer.