C.K. Akonnor: ‘There Would Have Been A Different View Of My Appointment If…’ 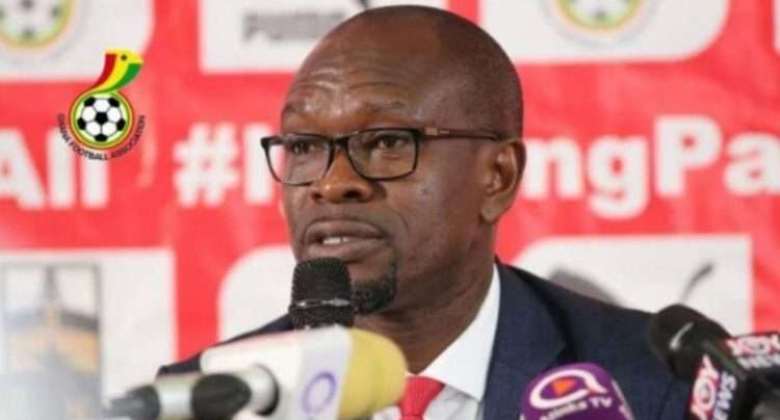 Covid-19, the pandemic, has changed many things; too many things. But for C.K Akonnor it all feels very different. Sixty- one days into his career as national team coach, he watched on as football closed in different countries in the wake of the coronavirus.

Akonnor’s first tasks were games against Sudan in Cape Coast on March 27 and a return leg in Khartoum four days later. He had penciled down names, called them out in a press conference and all looked set for what should have been a coronation at the Cape Coast Stadium until things had to stop.

The uncertainty over when it will all come together again has many broken out in cold sweat. Akonnor is one of them.

“It is a bit uncomfortable because of what it demands. I know a lot of people have doubts.” He said in an interview with Michael Oti-Adjei.

“If we had played, if we had played two matches, I think Sudan and South Africa, by now there would have been a different view of my appointment and also for myself as well but this a situation that everyone is in and there’s nothing I or anybody can do about it. We just have to wait and see when the opportunity can come again for us to work” he added.

There is a lot of pressure if you have the Black Stars job; interviews, call-ups, monitoring of players and many others. In the former Ghana captain’s case, he has not even gotten the opportunity to start and that frustrates him a lot.

In many countries, restrictions have been eased and things are gradually getting back to normal. Germany, for instance, announced recently that the Bundesliga is returning on May 16. That is good news for many but Akonnor still believes that this might go on for a while in Africa.

“I know for certain that the Germans are going to start soon. I believe that in England, the Premier League will also continue and then in Italy. And so based on these facts, ours will not be too far away. So I am looking forward to that moment where they will start so that we can follow suit. So far I haven’t heard CAF say anything and that is quite strange but I am sure they are also waiting for what FIFA will say. Once that is done, it means that we will have an opportunity to work again,” Mr Akonnor said.

Akonnor’s ideas are bright. Youth football is high on his agenda. How the team plays, a proper philosophy and an all hands on deck approach is what he is looking at to make things work again. He has also been backed by many of the players he led back in his time to do a great job for Ghana and hopefully he can.

“I am there to serve my country and that I will do to the best of what I can. I want to see us rise to the occasion that everyone can believe that we are doing something and there is some sort of hope.”