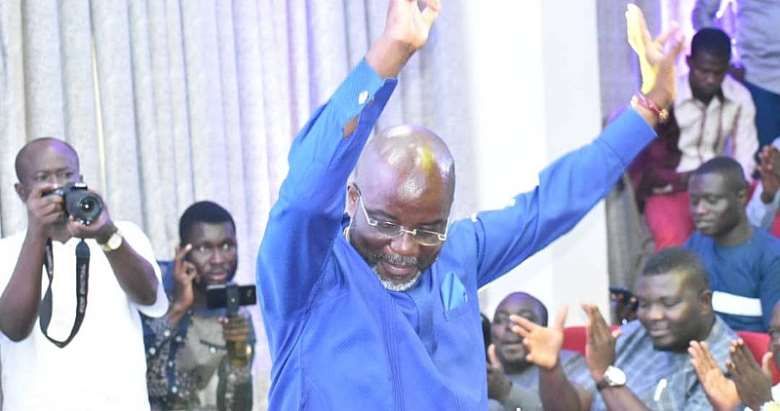 Mr Twum says Puma reduced 30 per cent of the benefits Ghana used to enjoy when signing a new deal since top members of the association including Kwesi Nyantakyi were captured on camera indulging in activities that were against the ethics of their offices.

However, Palmer, who was a member of the Kwesi Nyantakyi’s Executive Council, believes the FA’s claim is far beyond reality.

“Anyone who blames or say the Anas exposé caused the Puma sponsorship reduction has no shame,” he told Kumasi-based Nhyira FM in an interview.

“I repeat, whoever that blames Anas expose for the reduction is shameless because that is never the case. Ghana failed to qualify to the 2018 Fifa World Cup and as a matter of fact, that was the rationale behind that decision,” he added.

Commenting further, the former Black Stars management committee chairman, disagreed with the Kurt Okraku’s led GFA on the legacy debt announced recently and maintained that if the association is broke, the top hierarchy must file for liquidation.

“First of all, there is nothing like Legacy debt in accounting. If Ghana FA says they are broke, then they should give registrar general department indication that they’re ready to file for what we called liquidation so that the registrar general department will appoint a liquidator to sell GFA assets to pay the debts else they should keep mute,” he said.

“If you look at the financial statement of the Ghana FA, there is no way anybody can say the GFA is broke. You can only say you are broke when you can’t afford for your day to day expenditure,” he added.

Our outfit, is gathering that, the president of the Ghana Football Association, Kurt Okraku, will address the media on matters relating to the nation’s football governing body’s contract renewal with Puma in the coming days.