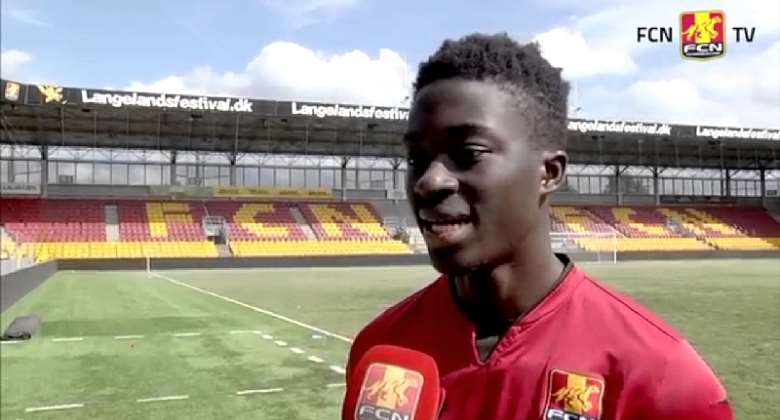 English Premier League side Brighton have entered the race to sign Ghanaian centre-back Abdul Mumin Suleman on a free transfer.

The FC Nordsjaelland player has become a transfer target for many clubs across Europe following his impressive displays in Denmark.

The 21-year-old has established a reputation as one of the best young central defenders in Scandinavia - and Premier League club Brighton are among a host of teams keen.

In January, French club Strasbourg and Belgian side Zulte Waregem made an offer for Mumin but the deals fell through because FC Nordsjaelland could not find a suitable replacement.

Scottish side Celtic, Gent, Mechelen, Brondby, Espanyol, Getafe and Nimes are among the clubs to have scouted Suleman extensively so far this season.

Abdul Mumin’s current deal expires in the summer meaning he will be available on a free transfer.