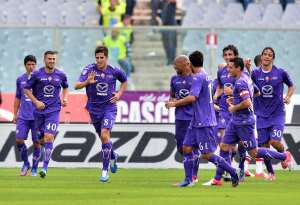 Fiorentina have announced they have found six new COVID-19 cases, three of the players and three staff, after the first round of medical tests.

All the Serie A clubs are performing swab tests before the return to training, in order to be sure they are all clear of coronavirus before setting foot in the facilities.

With a statement released this evening, Fiorentina announced they have “identified three athletes and three members of staff who are positive for COVID-19.”

These individuals have been isolated and the rest of the squad is due to begin training tomorrow.

It’s a huge blow for the Viola, who had already dealt with players Patrick Cutrone, German Pezzella and Dusan Vlahovic testing positive for coronavirus last month.

Several members of staff were also ill, some of which had to be hospitalised.

Torino also announced that they had found one player to be COVID-19 positive during tests yesterday.