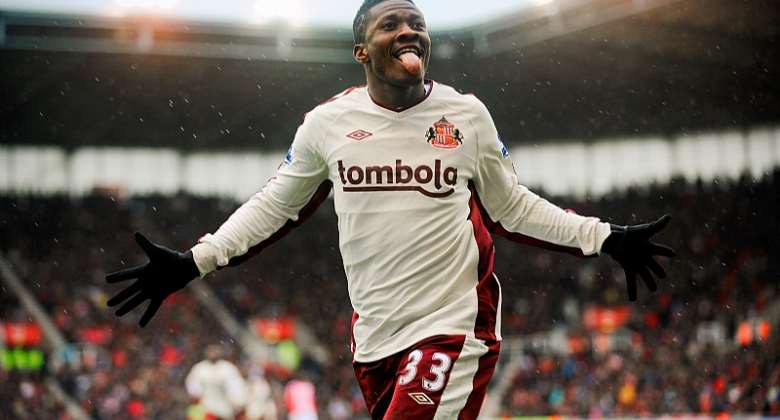 Following his impressive display at the 2010 FIFA World Cup in South Africa, Gyan joined the Premier League side on loan from French Ligue 1 side, Stade Rennais.

Gyan took the Premier League by storm scoring an impressive ten league goals in his first season in English football including a famous third goal in Sunderland's3:0 win against Chelsea at Stamford Bridge.

However, the 33-year-old made a shocking loan move to UAE side Al Ain.

Gyan's move was questioned by many football enthusiasts.

But according to the former Ghana skipper, he was forced to leave Sunderland by the club as they wanted the money from Al Ain.

He says the offer was too good for the club to turn down the deal and they told him they will take care of the supporters If he leaves.

“When a player is performing definitely Clubs will come chasing and the deal from UAE looked very good,” the 34-year old told GTV Sports Plus.

“I was going for one season for 6million pounds and they (Sunderland) were interested because it was good money, they were even pushing for the move because the money involved was good for a loan deal," he added.

“Personally I was concerned about the fans, about how they will feel and whether they will be happy if I move because I was the top man there, Darren Bent had left so I was their lead man and they liked me but they (Sunderland) told they knew how to deal with the fans and that I should accept the move to UAE.

“I went there and the atmosphere was great and I fell in love with the team and the fans. They treated me well so I decided to stay after my loan deal," he added.

Gyan was the top goalscorer in the UAE league in the 2013 season and helped his team retain the league title.