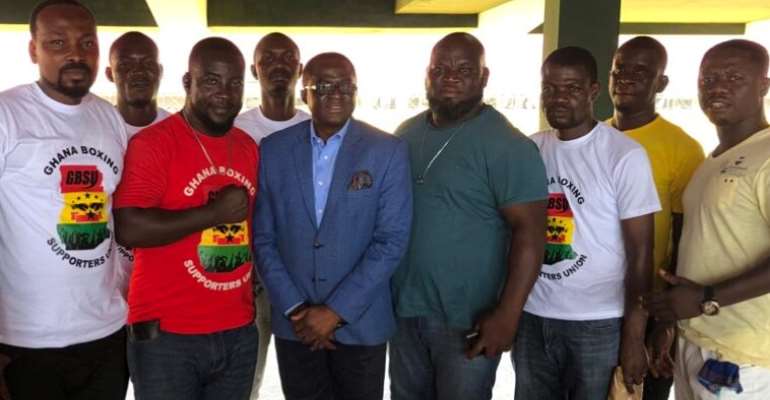 Founder of the Ghana Boxing Supporters Union (GBSU), Carl Lokko has reacted to a publication which referred Samuel Nana Kwaku Gyan as the new president of the Union.

According to Lokko, head trainer of the Bronx Boxing Gym at James Town in Accra, the GBSU executive and members still maintain Stephen Ashie as their president.

He said there was a misunderstanding between the President and the Vice President but it is being solved by the hard-working executives.

He noted that Stephen Ashie is known and recognized President, and they are even planning on how to improve the programmes and activities.

He called on all the members of GBSU to ignore the earlier publication and bring their minds on board to make the Union better and also find ways to add more members all over the country.

He stressed that they want to get members from the regions to encourage more Ghanaians to enter into boxing to raise the amateur and professional ranks.

Mr Fred Lokko, also an executive member said they are in the process of solving all the personal issues, with the hope of moving GBSU forward.

Stephen Ashie, on the other hand, told Yours Truly he was surprised to learn that the Union has a new leader and assured all his fans and admirers that they are working to make GBSU the most vibrant sports supporters group in Ghana.

He hinted that the Presidents of Ghana Boxing Association (GBA) and the Ghana Boxing Federation (GBF) has consulted him and they have pledged full support for GBSU.

He added that they are trying hard to attract sponsorship from companies and individuals who have an interest in boxing.

“We pray for unity than division, this small fracas can not tarnish our image” he expressed