Leagues In Africa Canceled So Far Due To Covid-19 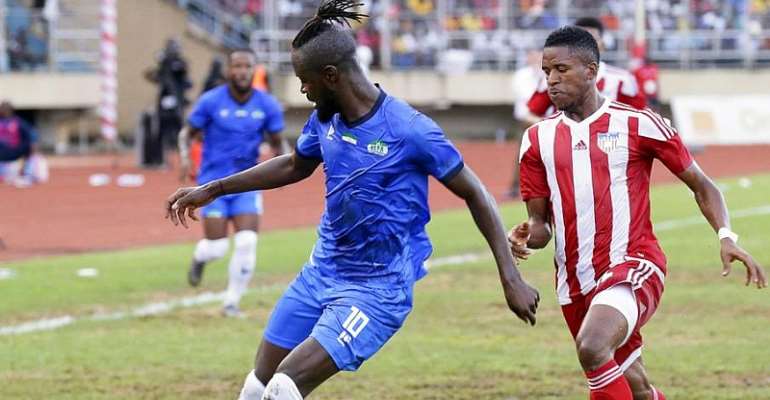 With no certainty as to when the Coronavirus (Covid-19) pandemic will be over, some of the Africa Football Associations have already decided to end the 2019/2020 season in their respective countries.

Their decisions were taken largely on the back of a letter from the Confederation of Africa Football (CAF) requesting plans for their league seasons amidst the Covid-19 crisis to help plan for the next season.

Mauritius:
Mauritius became the first African country to end its season following an official announcement last month even before the CAF letter was sent.

“After considering the opinion of each member and mainly in consultation with the authorities during the past week, it has been, hence, decided that this current season 2019/20 ends up with immediate effect, resulting thus to the irretrievable abandonment of all championships at any level of competition”, secretary-general of the Mauritius Football Association Paul Didier Gnanapragassa said.

More Football Associations have followed suit this month with more expected to join as well.

Liberia:
The 2019/20 Liberia Premier League season which started in November 2019 has been declared null and void following an emergency executive committee meeting.

There will be no champion but the top four teams on the standings at the time of the league’s suspension will play a tournament to compete for a spot at the CAF Champions League. The cup quarter-finalists will also be involved in a playoff to decide on a representative to the CAF Confederation Cup.

Congo:
In Congo, the football association has been brought to an abrupt end due to the Coronavirus crisis in the country. Unlike Mauritius and Liberia, AS Otoho has been crowned champions of the Premier League.

In line with this, the Oyo-based club that went 22 games without defeat will represent Congo in the next edition of the CAF Champions League. Meanwhile, second-placed Diables Noirs will have the opportunity of playing in the Confederation Cup.

Niger:
The Nigerien Football Federation (Fenifoot) has taken the decision to cancel its 2019-20 Ligue 1 season because of the Covid-19 outbreak.

The decision was taken last Monday following an extraordinary meeting. Fenifoot says the entire campaign is ending without promotion or relegation. The clubs who represented Niger in the 2018/19 CAF inter-club competitions [AS Sonidep and USGN] will be the same team to play in the competitions next season.

Burkina Faso:
The Burkina Faso Football Federation has opted to end the football season in the country due to the Coronavirus (Covid-19) crisis.

There will be no winner or relegated teams but defending champions Rahimo FC and Salitas FC will represent the West African country in the CAF Champions League and Confederation Cup respectively next season.

Ethiopia:
The 2019/2020 football season in Ethiopia has also been canceled due to the Coronavirus (Covid-19) situation in the country.

An announcement from the Ethiopia Football Federation on Tuesday indicated that the Premier League season and other Leagues have been declared "null and void".

“Considering the country is under a state of emergency and the unpredictability of the coronavirus outbreak, we have decided to cancel this year’s all-league games,” a statement from the executive committee of the Ethiopia Football Federation said.

The Federation failed to given indication as to whether it will have representatives in the next edition of CAF’s inter-club competitions or not.

Mauritania has also canceled its 2019/2020 Ligue 1 season after matchday 19. The season has been brought to an end with Tevragh-Zeïne at the top but will later decide which teams will represent the country in CAF’s inter-club competitions.

In the latest development, the Nigeria Football Federation is reportedly set to take a similar step and will announce ending its 2019/2020 football season in the next 48 hours.

A lot of the football associations are doing further deliberations and will decide the future of their 2019/2020 football season in the next couple of weeks.

The Ghana FA has asked CAF to give the body a fortnight to take a decision on the fate of its 2019/2020 football season.