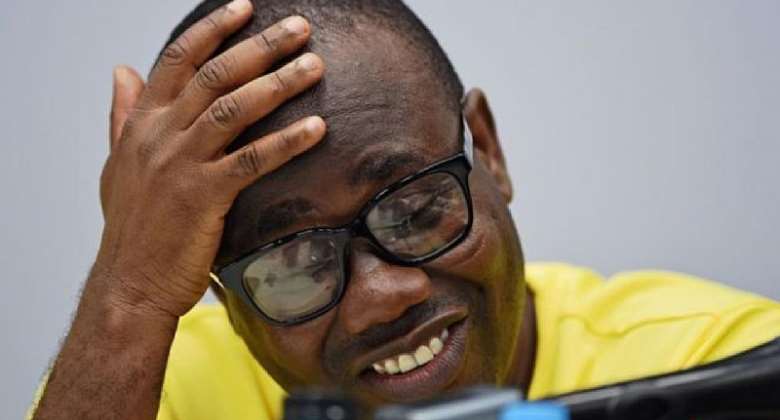 Outspoken football administrator, Nana Fitz has insisted that former Ghana Football Association (GFA) president, Kwesi Nyantakyi and Dr Kofi Amoah, the chairman of the Normalization Committee must be queried on the legacy debt of the FA.

The GFA disclosed the figures to club executives last week in the Kurt Okraku administration’s attempts to share the GFA’s financial situation with members.

The GFA also mentioned West Head, an agency that claimed to have brokered the deal between the FA and GNPC leading to a court battle, as one of the institutions they owe. The amount to be paid as the commission is $1.4 million.

For the current broadcast rights holder, StarTimes, the amount owed them was left blank.

It is unclear why the debt owed Kwesi Appiah is included as a liability of the GFA when the Ministry of Youth and Sports or a sponsor (GNPC in the past) pays the Black Stars coaches.

T.T Ustay, a company engaged to work on the FIFA Goal project at the Ghanaman Soccer Centre of Excellence is owed GH¢ 7.6 million including interest, whilst Care Freight Shipping Agency is owed a little over GH¢ 151,000.

The GFA also owes a company called Henqook, for the purchase of a TV set for the association’s boardroom.

However, according to the veteran football administrator, it would be unfair if th past administration and the Normalization Committee don't provide answers on how the debt emerged.

According to him, whoever is found guilty must be sentenced to jail.

"First of all, I must say that the report is completely fraud," he told Happy FM.

"Kurt Okraku was part of the past administration so how did this debt emerge?

"Members of the past administration are still around and for me, they must be queried.

"How can a whole Football Association incur such debt? Kwesi Nyantakyi and Dr Kofi Amoah must give us answers and whoever is found guilty must be sentenced to jail," he added.

"I am calling on the government to set up an independent body to audit the accounts of the GFA because government is in charge of paying Black Stars coach so why have the FA captured $180,000 as a debt they must pay to Kwesi Appiah?

"It does not sound right to me. The FA needs to come clean because I don't believe what they are telling the public," he added.