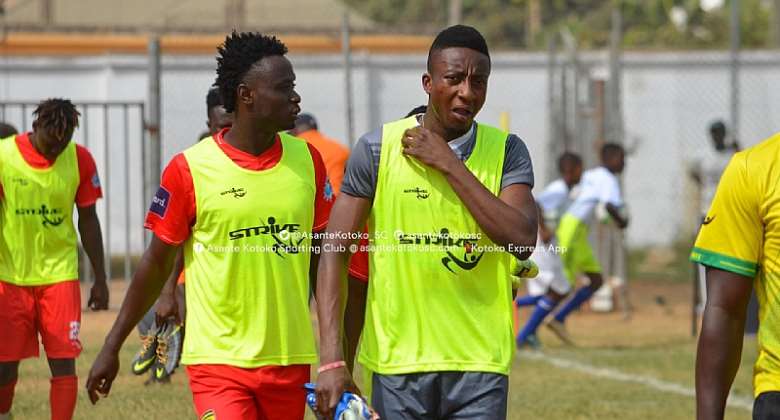 The FIFA Disciplinary Committee has officially closed the case involving Asante Kotoko SC and Esperance Sportive de Tunis after confirming the settlement agreement reached between the two parties on April 24, 2020.

A letter of confirmation sent to Mr Ashford Tettey-Oku, CEO of CLOSEmarking CONSULT (Kotoko’s representative), by the FIFA Disciplinary Committee Secretariat last Monday said: “We would like to inform the parties that the present disciplinary proceedings against the club Asante Kotoko FC are hereby closed since the parties settled their dispute.”

In arriving at the decision, the committee made reference to the correspondence sent by Esperance to FIFA on May 2, 2020, detailing the settlement agreement between them and Kotoko, a copy of which was enclosed for Kotoko’s perusal.

“In this sense, we take due note from the content of the aforementioned correspondence that the club Esperance Sportive de Tunis confirms having concluded a settlement agreement with the club Asante Kotoko FC on April 24, 2020.

“Whereas the two parties mutually and amicably agreed to settle all the issues or matters between them by signing this settlement agreement...In this sense, we take note from the content of the relevant settlement agreement that the club Esperance Sportive de Tunis and the club Asante Kotoko FC have settled their dispute, in relation to the decision passed by the Dispute Resolution Chamber on June 11, 2015,” it explained.

“In view of the foregoing, and in line with circular no.1628 of May 9, 2018, we would like to inform the parties that the present disciplinary proceedings against the club Asante Kotoko FC are hereby closed since the parties settled their dispute,” it stressed.

It will be recalled that Kotoko and Esperance signed a settlement agreement on April 24 to end a protracted dispute over players Emmanuel Clottey and Kwame Bonsu after the Tunisian side asked Kotoko to pay $30,000 to them and also settle a $15,000 legal fees to FIFA, while waiving a $45,000 interest accruing from Clottey’s case which dates back to 2015.