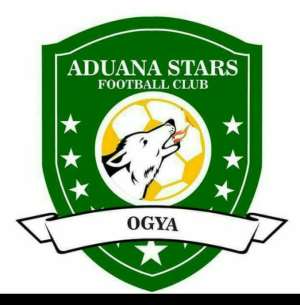 Aduana Stars are arguing that they deserve to play in the CAF Champions League next season should the Ghana Football Association (GFA) decide to end the 2019/2020 football season after just 14 matchdays.

The Ghana Premier League and all other leagues have been suspended since March as a precautionary measure against the spread of the deadly Coronavirus (Covid-19) disease.

While there is no certainty as to when the crisis will be over, there are others who are already urging the Ghana FA to take a proactive decision and end the season immediately.

Many say once that is done, Asante Kotoko and Ashanti Gold who represented Ghana in the last edition of CAF’s inter-club competitions should be allowed to represent the West African country next season as well.

Waving into the conversation, Oppong Evans who is the Communications Director for Aduana Stars has indicated that the club will be forced to engage in a legal battle with the GFA if such a decision is taken.

“Arguments of Kotoko and Ashgold representing Ghana in the next CAF inter-club competition are without basis. Aduana stars were the winners of the last legitimate league played in Ghana.

“The NC competition wasn’t a league, it was used to solve a temporal problem. We will test the law if that decision is taken, it will be unfair to us”, he told Kumasi FM.

The Ghana FA will take a decision on a matter in a fortnight as it continues to make deliberations with stakeholders.