Nadal Pessimistic About Return To Action Before 2021 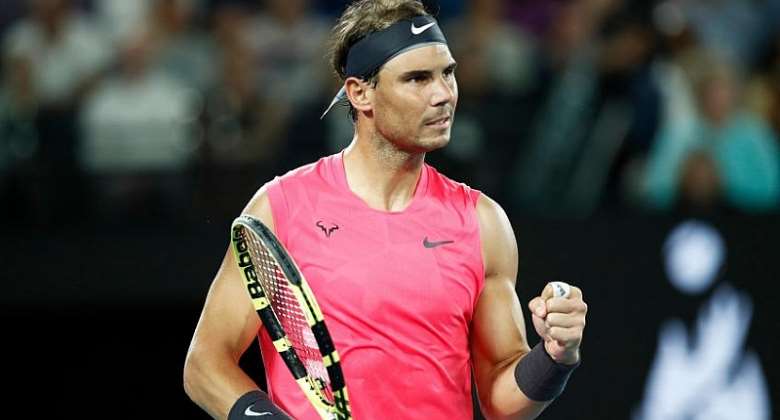 Rafael Nadal does not expect to return to play competitive tennis until 2021 due to the coronavirus pandemic, which has decimated much of this year's calendar.

"I hope we can return before the end of the year but unfortunately, I don't think so," the world number two told Spanish newspaper El Pais on Tuesday.

The pandemic has led to the cancellation of Wimbledon and the postponement of the French Open to September, while the status of the U.S. Open, scheduled to take place as usual in late August, is still unclear.

Nadal, however, said he had practically written off the remainder of the year and was looking to the Australian Open in January 2021 as the next tournament he will play.

"I'm more worried about the Australian Open than what occurs at the end of this year. I think 2020 is practically lost. I hope we can start up again next year, I really hope that's the case."

Rising American tennis star Taylor Fritz also believes it is unrealistic to expect tennis to return before the U.S. Open in August.

Fritz is making the best of isolation at his house in Los Angeles - the world number 24 has a gym set up at home and use of a private tennis court.

"I am spending more time working out than in training these days. There is nothing else I can really do," Fritz told Reuters on Monday.

Fritz said he could play tomorrow if the tour restarted and believes his extra work during isolation could pay dividends when play resumes.

"I could (play) right now. I have been practicing enough to keep my level and then with all the gym stuff I have been doing I am in the best shape ever," he said.

"I am ready to go.”
“I think this time is going to be really interesting when all the players come back to play because then you are going to see which players took the time to work on their fitness and get stronger and what players didn’t work during this time.”

Wimbledon has been cancelled for the first time since World War Two due to Covid-19 Image credit: PA Sport

Tournament organisers are hopeful that the U.S. Open, scheduled to begin in New York on August 25, can go ahead but Fritz isn't so sure.

"They are aiming for a certain time, but I think that time is a little bit unrealistic," he said.

"The goal is to play the U.S. Open but personally I don’t know how they are going to be able to do that.”

“They want to be optimistic but it is tough as it keeps being pushed back.”