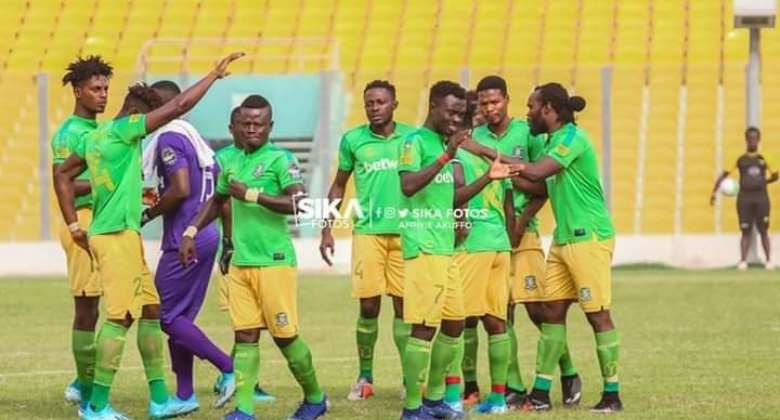 Following the directives by the President to ban all social gatherings, football has come to a standstill since March 15.

Due to the uncertainty about the return of football, calls have been made by several football administrators to declare the season null and void.

But the spokesperson of th club, Oppong Evans believes clubs calling for the cancellation of the league are not in a better position on the league.

"As a club, we have made our points clear, we believe human life is paramount over everything," he told Kumasi FM.

"We were the first club to release our players after government suspended sporting activities because we cherish human life.

"We have listened to arguments from others calling for the cancellation of the league but as a club we want the league to be on a further hold and hope the disease and numbers start depreciating so we can start the league.

He continued, "These clubs calling for the cancellation are clubs with an unfavorable position on the league log, they only considered their personal interest. These clubs failed to consider the quantum fees and salaries paid to clubs, sponsors clubs are loosing and others. It is too early to consider truncating the league.

"Arguments of Kotoko and Ashgold representing Ghana in the next CAF inter-club competition are without basis. Aduana stars were the winners of the last legitimate league played in Ghana.

"The NC competition wasn’t a league, it was used to solve a temporal problem. We will test the law if that decision is taken, it will be unfair to us," he added.

The Ghana Football Association (GFA) will decide on the future of football in the country in two weeks times after meeting all the clubs.