The National Liberation Council And The Busia Years, 1966-71 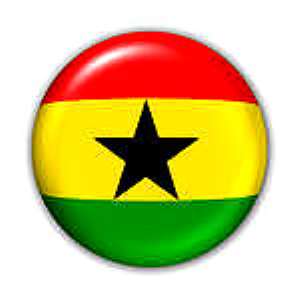 The leaders of the coup that overthrew Nkrumah immediately opened the country's borders and its prison gates to allow the return from exile or release from preventive detention of all opponents of Nkrumah. The National Liberation Council (NLC), composed of four army officers and four police officers, assumed executive power. It appointed a cabinet of civil servants and promised to restore democratic government as quickly as possible. The ban on the formation of political parties remained in force until late 1968, but activity by individual figures began much earlier with the appointment of a succession of committees composed of civil servants and politicians as the first step in the return to civilian and representative rule.

These moves culminated in the appointment of a representative assembly to draft a constitution for the Second Republic of Ghana. Political party activity was allowed to commence with the opening of the assembly. By election time in August 1969, the first competitive nationwide political contest since 1956, five parties had been organized.

The major contenders were the Progress Party (PP), headed by Kofi A. Busia, and the National Alliance of Liberals (NAL), led by Komla A. Gbedemah. Critics associated these two leading parties with the political divisions of the early Nkrumah years. The PP found much of its support among the old opponents of Nkrumah's CPP- -the educated middle class and traditionalists of Ashanti Region and the North. This link was strengthened by the fact that Busia had headed the NLM and its successor, the UP, before fleeing the country to oppose Nkrumah from exile. Similarly, the NAL was seen as the successor of the CPP's right wing, which Gbedemah had headed until he was ousted by Nkrumah in 1961.

Immediately after the elections, Gbedemah was barred from taking his seat in the National Assembly by a Supreme Court decision involving those CPP members who had been accused of financial crimes. Gbedemah retired permanently from active participation in politics. The NAL, left without a strong leader, controlled thirty seats; in October 1970, it absorbed the members of three other minor parties in the assembly to form the Justice Party (JP) under the leadership of Joseph Appiah. Their combined strength constituted what amounted to a southern bloc with a solid constituency among most of the Ewe and the peoples of the coastal cities.

Busia, the PP leader in both parliament and the nation, became prime minister when the National Assembly met in September. An interim three-member presidential commission, composed of Major Afrifa, Police Inspector General Harlley of the NLC, and the chief of the defense staff, Major General A.K. Ocran, served in place of an elected president for the first year and a half of civilian rule. The commission dissolved itself in August 1970. Before stepping down, Afrifa criticized the constitution, particularly provisions that served more as a bar to the rise of a dictator than as a blueprint for an effective, decisive government. The electoral college chose as president Chief Justice Edward Akufo Addo, one of the leading nationalist politicians of the UGCC era and one of the judges dismissed by Nkrumah in 1964.

All attention, however, remained focused on Prime Minister Busia and his government. Much was expected of the Busia administration, because its parliamentarians were considered intellectuals and, therefore, more perceptive in their evaluations of what needed to be done. Many Ghanaians hoped that their decisions would be in the general interest of the nation, as compared with those made by the Nkrumah administration, which were judged to satisfy narrow party interests and, more important, Nkrumah's personal agenda. The NLC had given assurances that there would be more democracy, more political maturity, and more freedom in Ghana, because the politicians allowed to run for the 1969 elections were proponents of Western democracy. In fact, these were the same individuals who had suffered under the old regime and were, therefore, thought to understand the benefits of democracy.

Two early measures initiated by the Busia government were the expulsion of large numbers of noncitizens from the country and a companion measure to limit foreign involvement in small businesses. The moves were aimed at relieving the unemployment created by the country's precarious economic situation. The policies were popular because they forced out of the retail sector of the economy those foreigners, especially Lebanese, Asians, and Nigerians, who were perceived as unfairly monopolizing trade to the disadvantage of Ghanaians. Many other Busia moves, however, were not popular. Busia's decision to introduce a loan program for university students, who had hitherto received free education, was challenged because it was interpreted as introducing a class system into the country's highest institutions of learning. Some observers even saw Busia's devaluation of the national currency and his encouragement of foreign investment in the industrial sector of the economy as conservative ideas that could undermine Ghana's sovereignty.

The opposition Justice Party's basic policies did not differ significantly from those of the Busia administration. Still, the party attempted to stress the importance of the central government rather than that of limited private enterprise in economic development, and it continued to emphasize programs of primary interest to the urban work force. The ruling PP emphasized the need for development in rural areas, both to slow the movement of population to the cities and to redress regional imbalance in levels of development. The JP and a growing number of PP members favored suspension of payment on some foreign debts of the Nkrumah era. This attitude grew more popular as debt payments became more difficult to meet. Both parties favored creation of a West African economic community or an economic union with the neighboring West African states.

Despite broad popular support garnered at its inception and strong foreign connections, the Busia government fell victim to an army coup within twenty-seven months. Neither ethnic nor class differences played a role in the overthrow of the PP government. The crucial causes were the country's continuing economic difficulties, both those stemming from the high foreign debts incurred by Nkrumah and those resulting from internal problems. The PP government had inherited US$580 million in medium- and long-term debts, an amount equal to 25 percent of the gross domestic product ( GDP) of 1969. By 1971 the US$580 million had been further inflated by US$72 million in accrued interest payments and US$296 million in short-term commercial credits. Within the country, an even larger internal debt fueled inflation.

Ghana's economy remained largely dependent upon the often difficult cultivation of and market for cocoa. Cocoa prices had always been volatile, but exports of this tropical crop normally provided about half of the country's foreign currency earnings. Beginning in the 1960s, however, a number of factors combined to limit severely this vital source of national income. These factors included foreign competition (particularly from neighboring Côte d'Ivoire), a lack of understanding of free-market forces (by the government in setting prices paid to farmers), accusations of bureaucratic incompetence in the Cocoa Marketing Board, and the smuggling of crops into Côte d'Ivoire. As a result, Ghana's income from cocoa exports continued to fall dramatically.

Austerity measures imposed by the Busia administration, although wise in the long run, alienated influential farmers, who until then had been PP supporters. These measures were part of Busia's economic structural adjustment efforts to put the country on a sounder financial base. The austerity programs had been recommended by the International Monetary Fund ( IMF). The recovery measures also severely affected the middle class and the salaried work force, both of which faced wage freezes, tax increases, currency devaluations, and rising import prices. These measures precipitated protests from the Trade Union Congress. In response, the government sent the army to occupy the trade union headquarters and to block strike actions--a situation that some perceived as negating the government's claim to be operating democratically.

The army troops and officers upon whom Busia relied for support were themselves affected, both in their personal lives and in the tightening of the defense budget, by these same austerity measures. As the leader of the anti-Busia coup declared on January 13, 1972, even those amenities enjoyed by the army during the Nkrumah regime were no longer available. Knowing that austerity had alienated the officers, the Busia government began to change the leadership of the army's combat elements. This, however, was the last straw. Lieutenant Colonel Ignatius Kutu Acheampong, temporarily commanding the First Brigade around Accra, led a bloodless coup that ended the Second Republic.