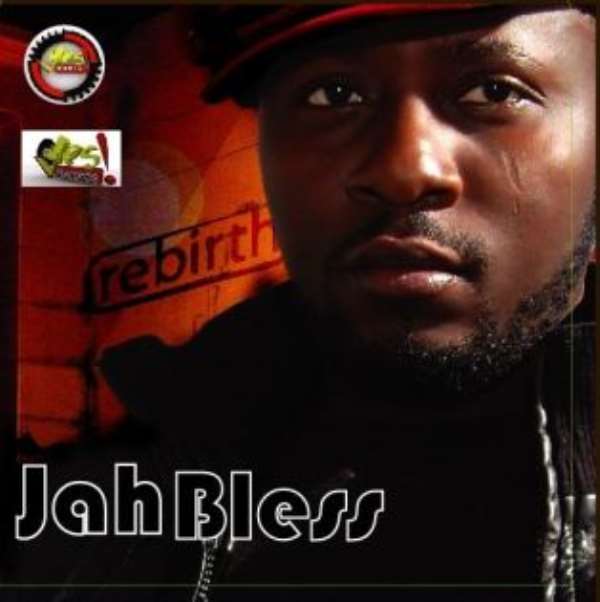 Owoloye Olatunde Oluwabukunmi popularly known as Jahbless stormed the music scene with his absurd style of rapping. His 'Dis &Dat' was noticed in the industry after featuring in 9ice's 'Ganja man'. Today, he has churned out many other songs including the hit, 'Jo' In this interview with Sunkanmi Ogunade, he speaks on his alleged fight with 9ice.

Is it true you are about to drop two new singles?

Yes. The first one is called 'Yi wo sohun.' While second one is titled 'We rule the street.' 'Yi wo sohun' talks about oppression, because you are bigger or richer doesn't mean you are better than me. It's a song for every common man. We rule the street means, we are on top of the game right now. I mean from street to street they feel us.

Were you ever oppressed?

Nothing happens to me. When you listen to the song generally, you would realize it is a song that has to do with everybody. Nigerian government is oppressing the masses. So they should turn their hands to the other side for reliable people to do it well. For instance, you can be going on the street, somebody richer than you would want to cheat on you. This is what everybody has experienced. This does not peculiar to one person. It happens everyday. So, the song is for everybody.

What about the other one?

The song is very interesting. You need to listen to the lyrics very well. It talks about the days we have been doing the game but nobody seems to notice us then. Right now, we are everywhere. That is exactly the idea behind it.

You used to perform with 9ice, how did you guys meet?

We met few years ago. We met at ID Cabasa's studio. That was how we became friends. From friends we became brothers. We were living together in the same house. We do our things together. We go to shows together as well. We had many things in common, the same kind of interest. That was what brought us together as friends.

When did you actually go into music?

I started my music career with a group called the Melodyz which comprises of him, Akin Mamba & Johnny P. In 1998, the group released their first single titled Jumoke; the songs actually rocked the airwaves and receive credibility in the western region of Nigeria for over a year with performances on Rothmans Groove Tour, Benson & Hedges Tour and several campus shows, this earned the group a record deal with Nova Promotions where we recorded an album which was never released by the record company due to some financial restrain. However in 2002, the Melodyz decided to go on solo efforts, I was opportuned to contest for the first Nigerian Breweries Talent Hunt Show tagged Star Quest and I took 3rd position in Ibadan Zone of the contest and the group KC Presh emerged the winner of the contest.

You did Ganja Man together with 9ice, did you ever think it would be widely accepted before 9ice released Certificate, his debut album?

It was the song that really opened doors for 9ice. It was God's doing. We thank God for that. I didn't know why God made it so; perhaps it is because lots of people smoke Ganja (India hemp).We never knew it would blow like that. We thought we should do a song people can easily relate with. He took his verse and I took mine as well. I actually made my research before I wrote my part in the song. So, I went deep into the streets.

Did you two smoke ganja before singing that song?

Jahbless and 9ice have been together for over five years. We have never sat down together to smoke Ganja. We don't smoke Ganja. It is not that it is a personal experience. Anyway, that is why research is very important in music production and writing. We did our researches seriously. We know people that smoke Ganja and where people buy it often. We talked to them and observe their mood. If we don't understand something, we ask people. They would tell us this one is called “Claro”. That was how we got the song written. We never smoke for a day.

You are currently coming out under Edge Records, were you both under the label before?

We had plans initially before we met Edge Records. We are still working on the plans till date. Part of the plans was, Edge Records would take 9ice's album first. After that, we move to the second artiste which is Jahbless. We sat on the round table to decide on that. 9ice first and second albums had been released. It is my time to release mine.

It is your time to release yours, is that the main reason you left 9ice?

The true story is, we had a delay. Immediately after Certificate album, I should have started my album. But the demand on 9ice's work was high. So, he needed to release his second album. He did that as well and we were still spacing out time before I could do my own thing. At the point, I knew this is the right time for me. He has done first and second albums like I said earlier. That is exactly the reason I stopped going to shows with him.

So, you made the decision?

Yes, I made it. He understands.

When you quit, what is the feedback?

I got good feedback. I'm enjoying good radio air play. All the time have spent with him, I'm still enjoying it now. Though, people complain about that his performances are not really hot the way it used to be since I quit performing with him. I tell them people shouldn't expect me to do that all my life. I'm an artiste as well. Let him go on, I've tried for him. Right now, I'm doing my own thing.

In all the International shows 9ice has performed, how many did you go with him?

I don't know. The first one he had problem with the organizers which was Mandela's show. It was actually his first international show. I did not go with him. That was when I started my album. I know I don't have the time. Right now, my album is ready.

Is that the main reason you left him?

He had many international shows after the first one. I just don't want to go into that. I think he is the right person who can answer why he didn't take me to those shows.

How many artistes do you feature in the coming album?

I featured many artistes. I featured Banky W, Lord of Ajasa, Durella, I D Cabasa, 2Phat, 2Shortz but I don't have 9ice on my list.

You don't have 9ice on your album list; don't you think it would be controversial?

I don't think it will be, It is not compulsory to feature 9ice in my coming album because I never featured in his Gongo Aso album.

Don't you think you will disappoint your fans?

I don't think I will disappoint them. Though I have three tracks already recorded with him. I decided not to put it in my album. 9ice is already a made name and brand in the industry and that I am trying to build for myself. He has also assisted me too. So, I have to go on with my life